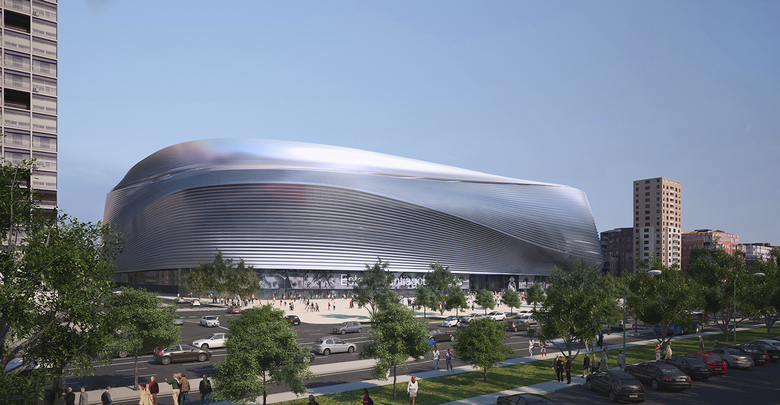 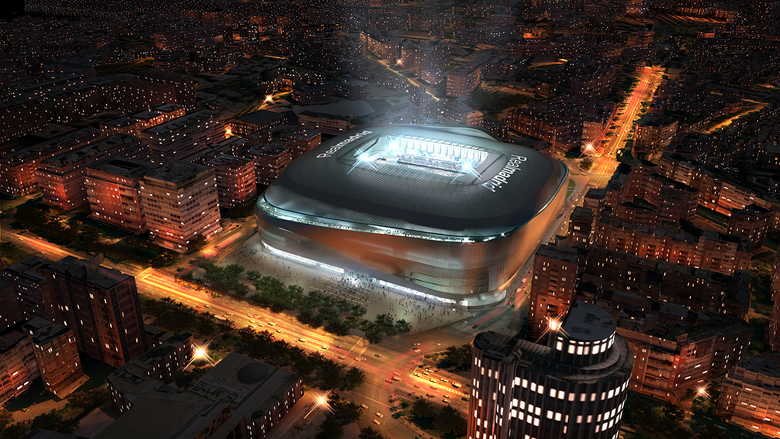 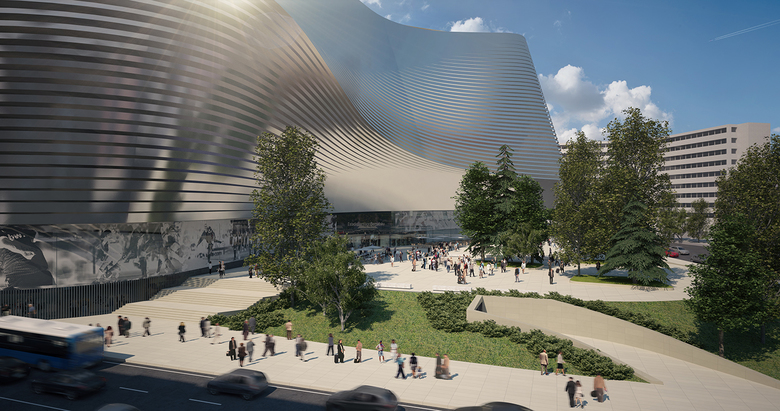 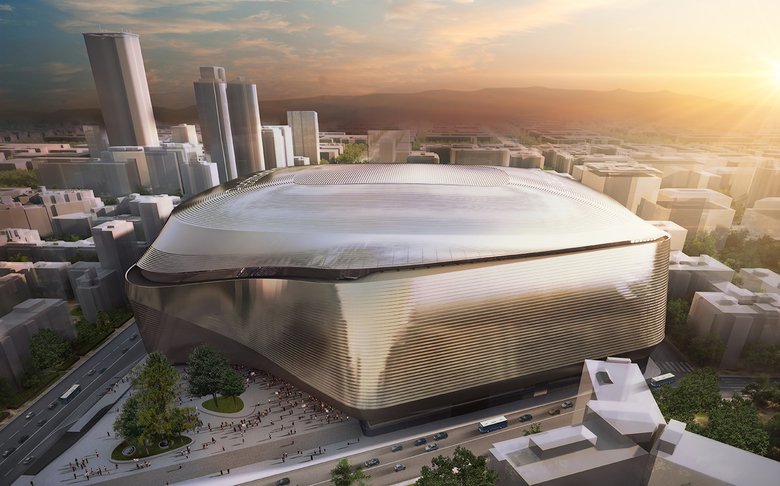 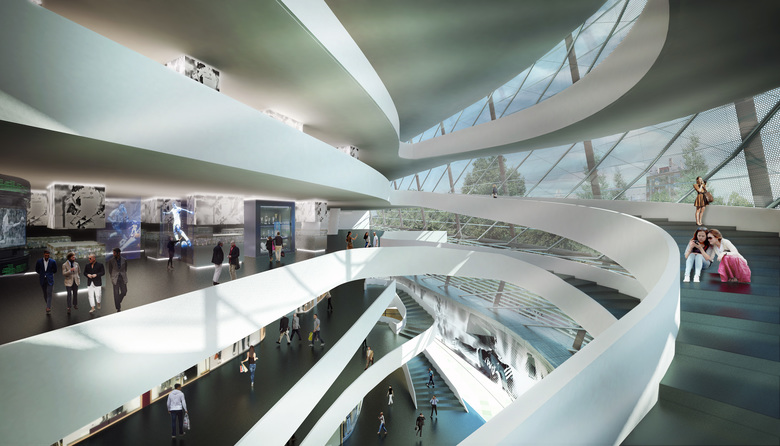 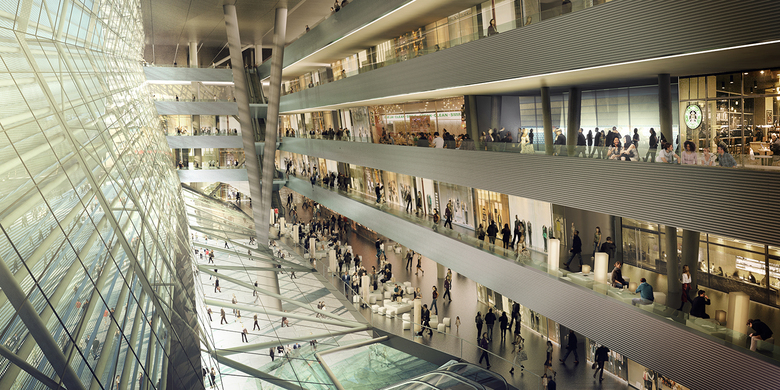 Despite the Bernabéu Stadium’s complicated integration with its urban context, it has become a symbolic, monumental part of the city; a building whose history, emotional connotations and uniqueness have continued over time and even imposed their own rules on the surroundings. What is sought here is above all, a distinctive, iconic shape that will remain in the viewer’s memory and identify the club with a unique, unrepeatable building. The new Bernabéu Stadium has been designed on the basis of three lightbeams. The composition is generated on the basis of taut curves or trajectories drawn in the air, clearly opting for the curvature and complexity of this volume, its changing reflections and its metallic sheen. The stadium is expanded westwards with a new tertiary services programme. This requires a larger public space to accommodate more spectators and give the building a perspective from Madrid’s main artery. A new square is also included for specific events such as live video streaming and markets on match days. Cultural events linked to the city’s life are also envisaged. Following the demolition of the existing shopping centre, a raised playground and rest area will be installed, making the most of the slope on Calle Padre Damián. A new logistics ring which services the entire stadium will be linked to all the direct entrances to the playing field at the South end and the new North Tunnel, the VIP areas, kitchen-catering, loading bays, storage rooms, and press and player’s entrances. The striking shape of the façade is resolved with metal strips in variable widths and orientations. This skin adapts to the requirements of the new tertiary programme, growing or shrinking without losing its unity. The proposed material is 3 mm thick stainless steel sheet. This new skin gives the circulation and rest galleries a thermal blanket, optimizing spectator comfort on the stands. At night, a LED lighting system will give the façade a soft, changing type of illumination, also permitting its use as a giant screen. The roof will be retractable and incorporate lighting, sound, videoscoreboard and heating in addition to its sheltering function. An enormous container is designed for the west wing, with entrances and VIP rooms, a hotel, a business centre, shops and rest spaces, all laid out in a single, visually connected, flowing space which maintains the operational independence of each functional area. Spatially, this is a large atrium with stunning views of the city, livened by dining options and spacious terraces where all kinds of events can be held. The shops are on six levels (including the first basement), resolved with a system based on anchors at each end and small premises in the galleries. The Adidas store, the driving force for this zone, is on the southern flank, spread across four levels. The hotel is on the top four levels. It has a street level reception area and 115 rooms, 19 of which are suites overlooking the playing field, turned into VIP boxes on match days. Finally, a large leisure terrace above the hotel overlooks Madrid’s main thoroughfare, La Castellana, with views of the football field as well. It features a luxury restaurant and a chillout area for the public and also for events of all kinds