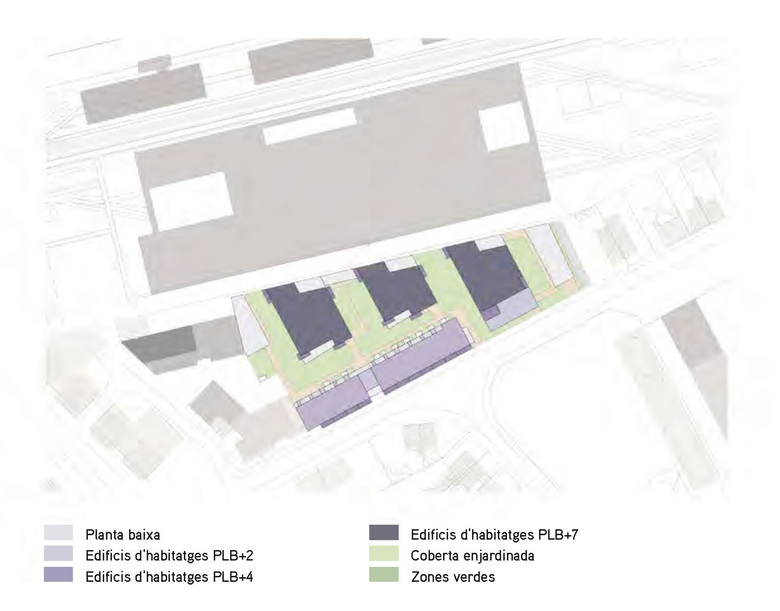 Within the framework of the Multisite ZAC (Concerted Management Area), the Moulin Vert sector in Vitry (France) aims to highlight the entrance to the city, using carefully studied magnitudes to create a gateway into the city of Vitry.

After first studying the strong points of existing structures in the urban fabric, the alignments and various densities, we carry out a permeability study inside the block with the aim of countering the harshness of the street facade. An “urban connection” strategy allows preserving the environment in the area, comprising single-family houses, prolonging the reverberation of existing buildings and projecting a reflection on urban intensity. The approach to block interiors feature urban density and compactness that underscore the complexity of creating an interior green public space. The streets that connect to buildings in the block interior seek to boost the project’s east-west green way, creating a co-living boulevard inside the complex.

The re-interpreted detached houses located along the Moulin Vert street comprise a relational building with a street balcony facing the interior of the block, which serves to access housing while providing a co-living space and promotes cohesion and exchange among inhabitants.

The desire to project housing facing both ways, while shielding them from the noise of the RATP (regional rail network) workshops on the northern edge of the plot, leads us to suggest the east-west orientation of the houses at the bottom of the plot and to maintain the north-south orientation in the building along Moulin Vert street. This placement of the four buildings ensures that 85% of households face both ways.