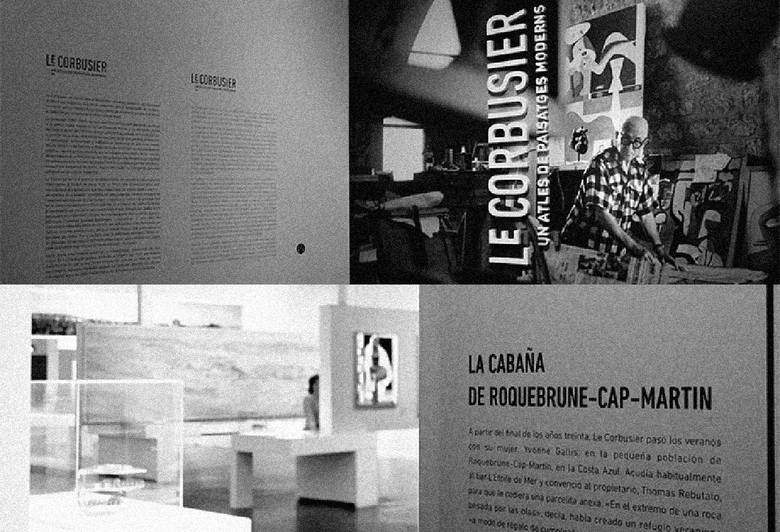 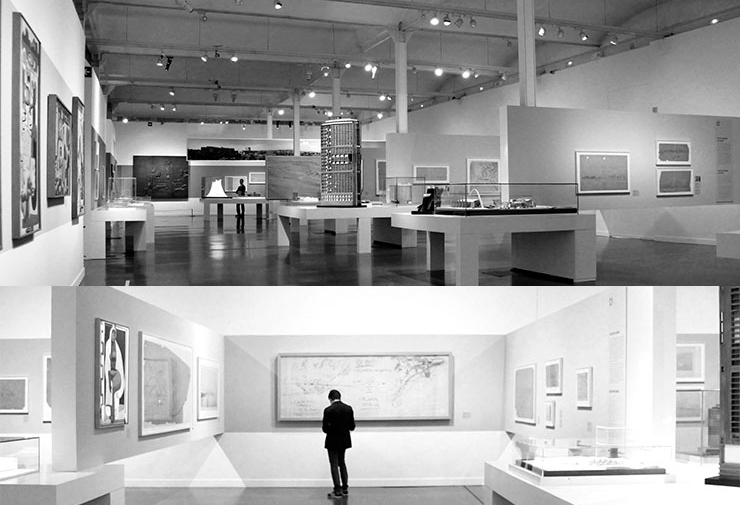 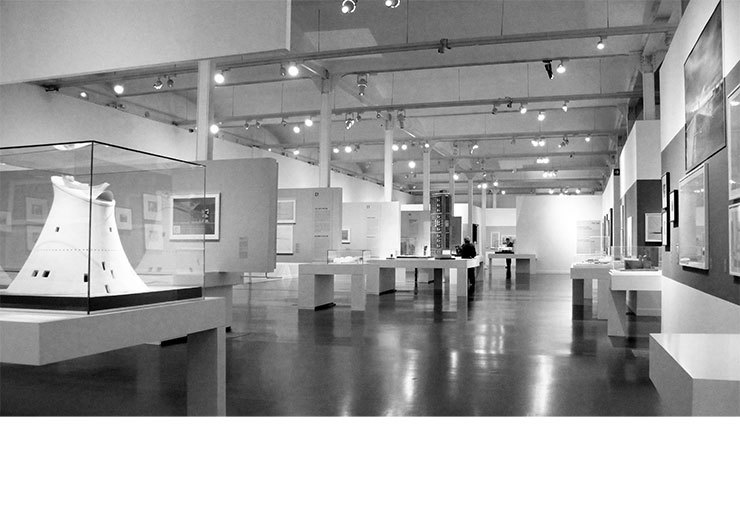 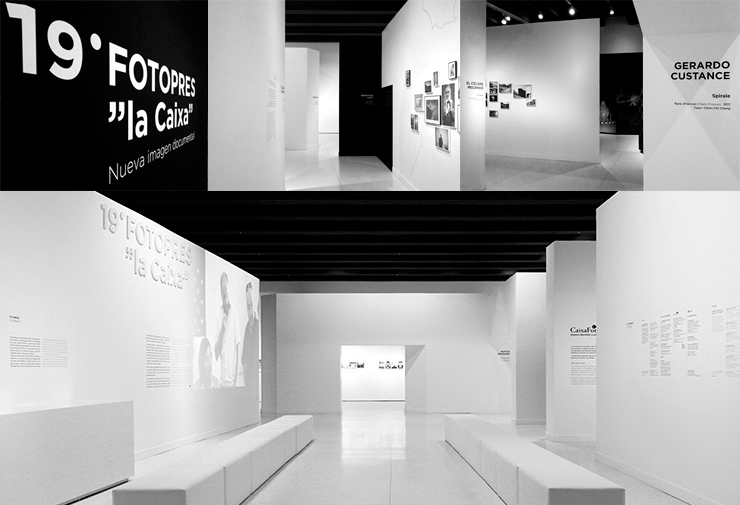 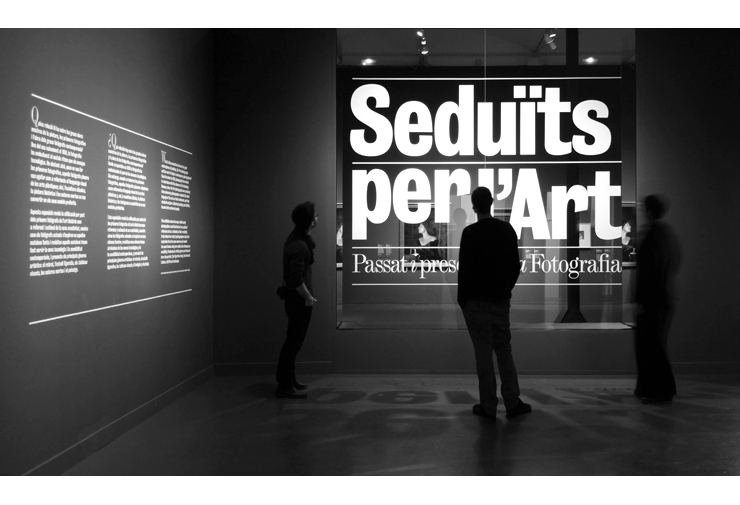 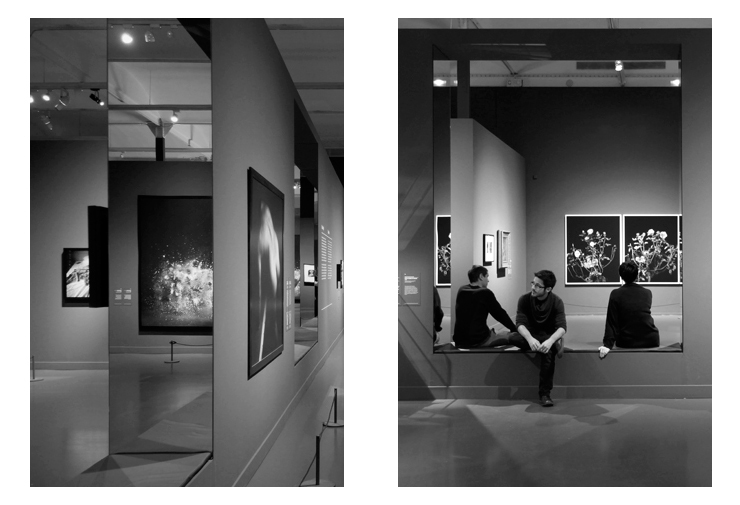 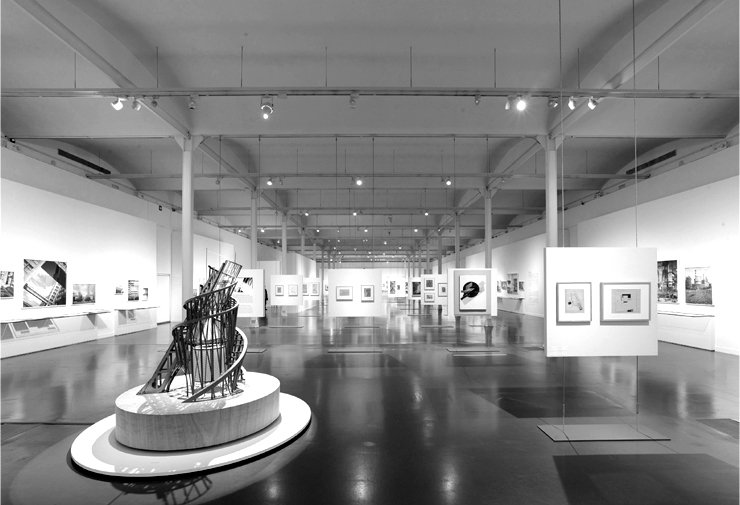 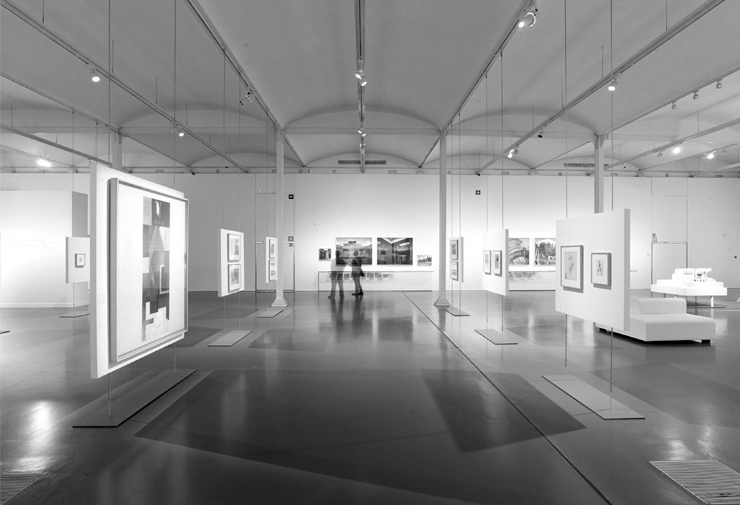 The collaboration with "Fundació La Caixa" has led us to collaborate with institutions of international prestige, we could work with their teams and assess their views with regard to art and how they should explain to the public. It has meant for us to reflect on the relationship between artistic discourse with the space and the architectural environment. We carried out the exhibition "Building the Revolution 2011" in collaboration with The Royal Accademy of Art of London, and the Museum of Architecture Schusev Moscow. Architectural designs, constructivist paintings hanging from the ceiling, original photographs lived together in a single space, mixing glances, crossing intentions, as the famous multidisciplinary workshops (the “Vujtemas”), where the constructivist myth was forged. The next exhibition "Seduced by Art", held in collaboration with the National Gallery of London. It gets into research and comparison between the pictorial recreations of every order and modern photography. Portraits, still life’s, landscapes etc. The architectural thought was to build a large picture frames which their jambs were made with mirror, allowing to relating by looking through some specific pieces by the limit of it, established by curator Hope Kingsley’s speech. Also in the next exhibition, “Le Corbusier, an Atlas of Modern Landscapes”, 2012 co-produced by the MOMA in New York, with JL Cohen as Commissioner. It was inquired about one of the greater architects of the twentieth century with his special relationship between buildings and landscape space. The environment or the buildable area. It was a challenge, 4 spaces in the exhibition Le Corbusier was reproduced in scale 1-1: Le Cabanon, L’Unité, Morris, Blanche-Jeanneret. A series of objects and photos in large format focused this relationship between architecture and the surrounding vital landscape. We are currently working with the artists of the "Fotopres 19edició of "La Caixa"", 2014 to 2016. This means working closely with each of the 10 award-winning artists, tutors of the exhibition from the starting point, as a creative global work. Also we are working in the exhibition "Drawing Versailles, cartons of Charles Le Brun", 2015-2016, in collaboration with the Louvre Museum in Paris, it explores the relationship between the original large-format drawings of 3,10x4,00 mts that were transferred to the vaults of the Palace of Versailles through techniques of stencil or stylus. Again the relationship between drawing and architecture leads us to reflect on the dematerialisation of architecture through overlapping nearby languages. Other far reaching exhibitions are under study.

Rubi bridge by the train rail