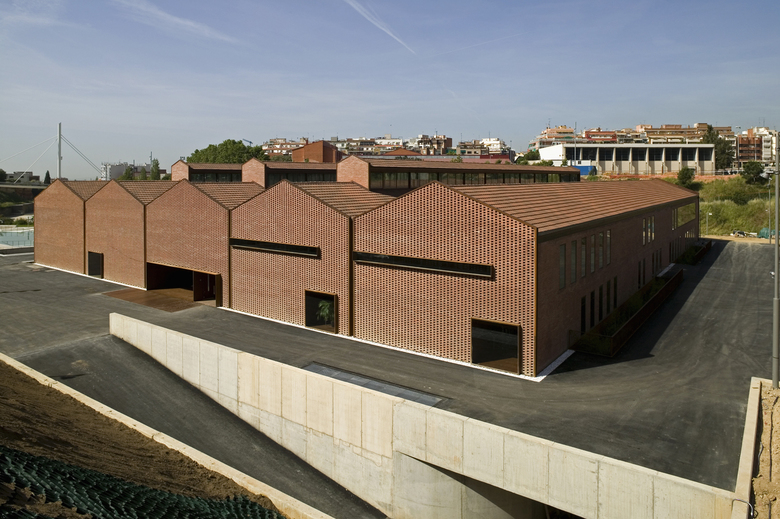 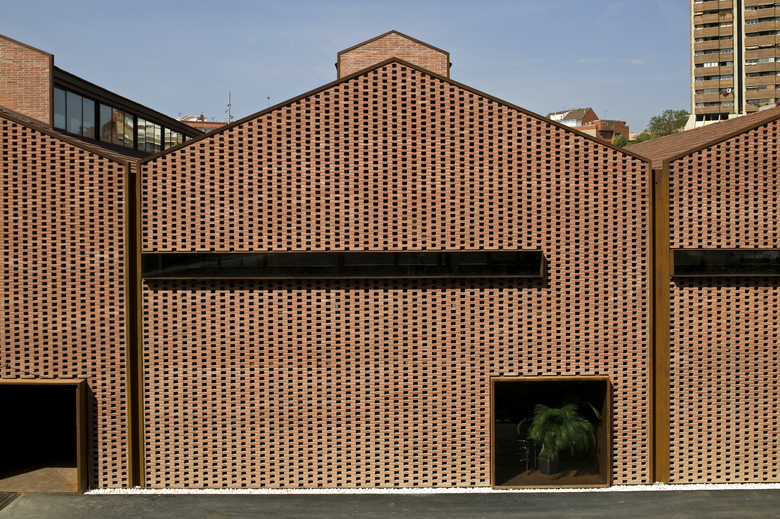 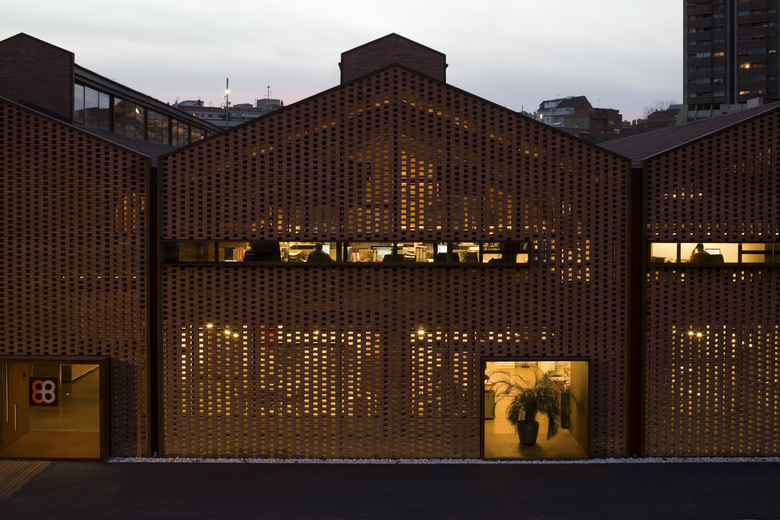 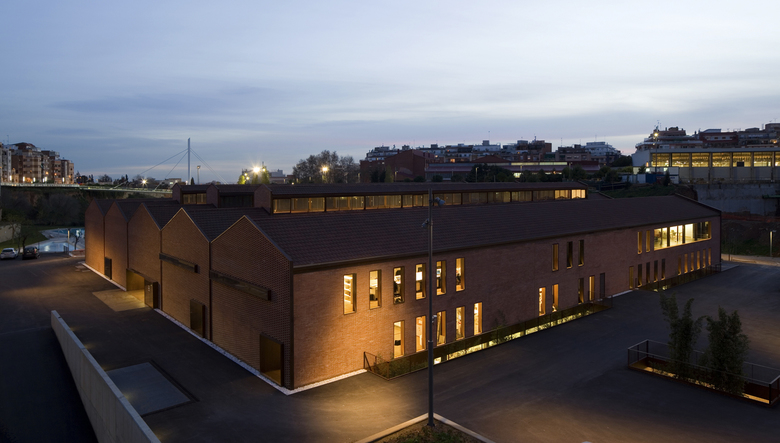 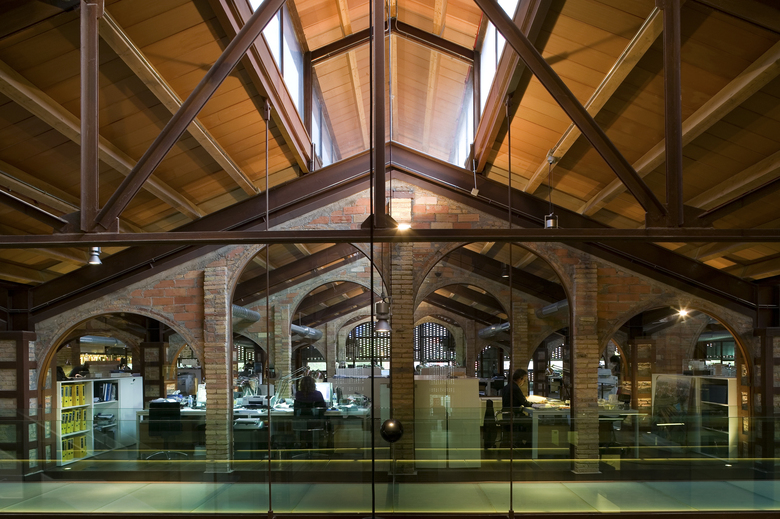 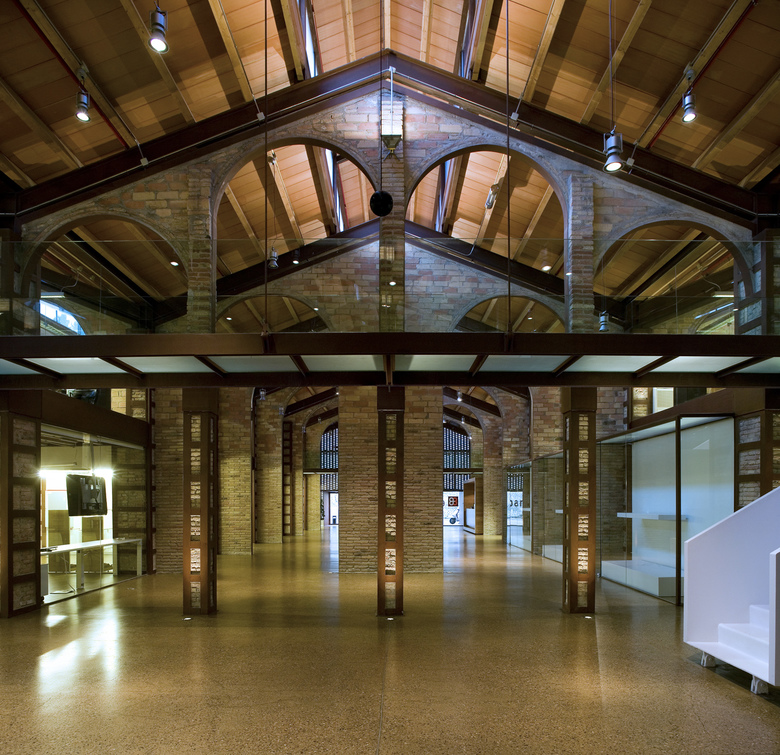 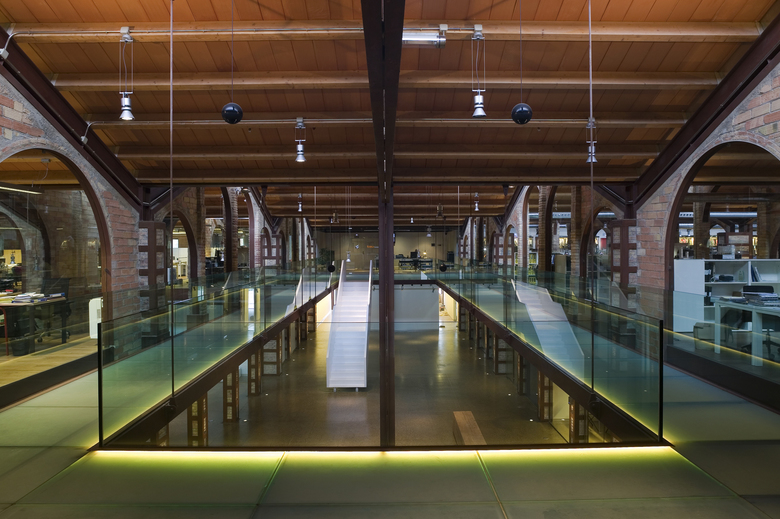 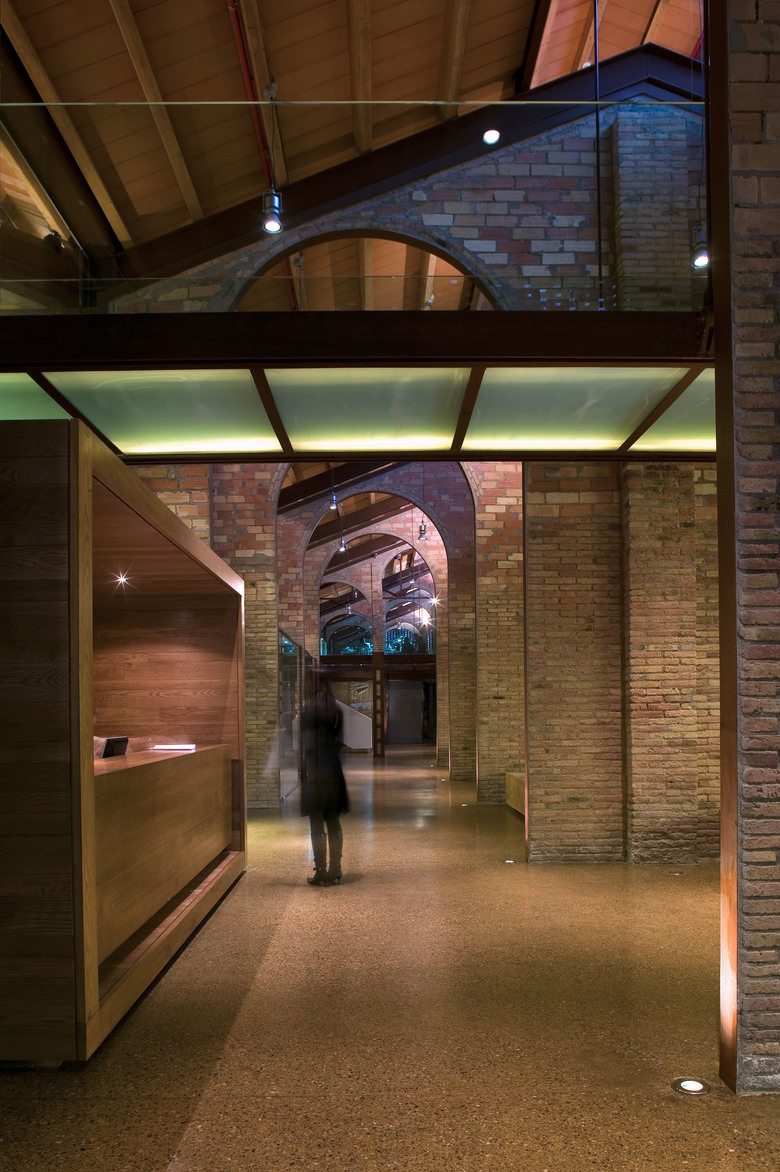 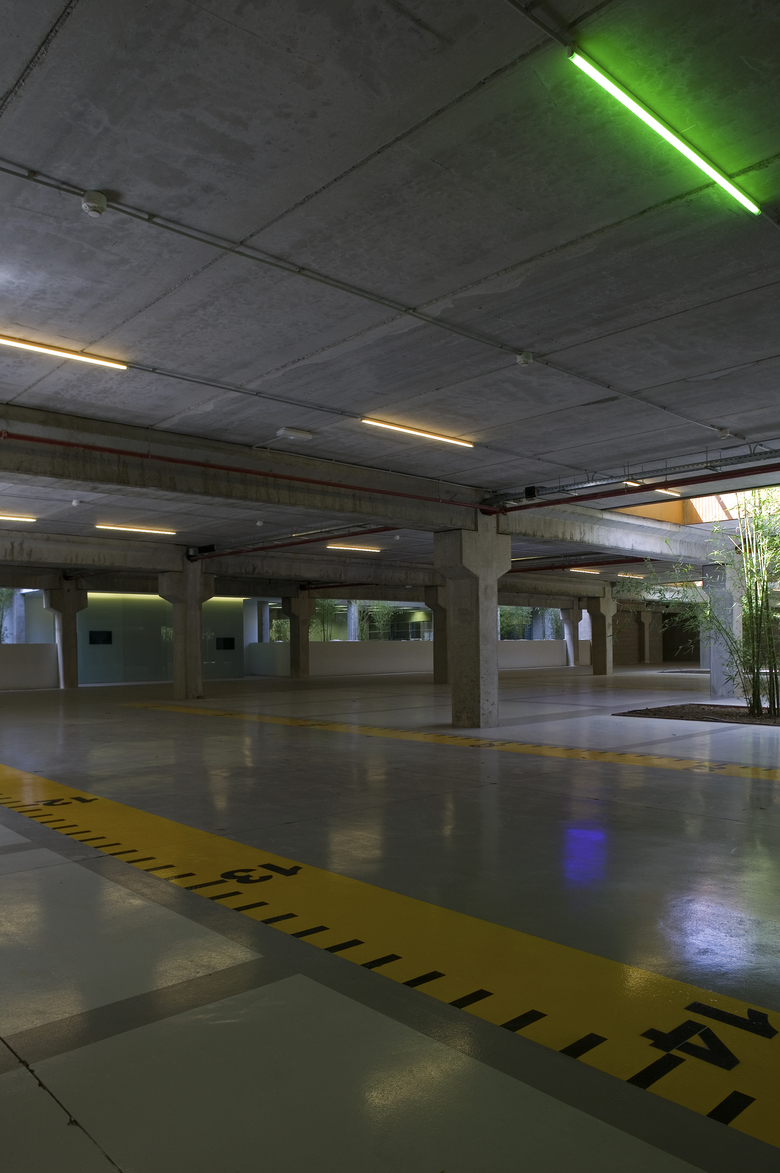 ESPAI BARONDA. A NEW POLIFUNCTIONAL BUILDING IN ESPLUGUES DE LLOBREGAT. BARCELONA Situated in Parc dels Torrents one of the best urban interventions in the city of Espluges, the "Espai Baronda" complex, has arisen from the recovery of a piece of authentic "architectural archaeology"; an old ceramics factory which fell into disuse more than two decades ago, in a city like Esplugues, with such a deep-rooted tradition in ceramics. Espai Baronda appears as a grand container for activities and spaces favouring the synergies of the companies involved in building (TAU-ICESA group), architecture (head office of Alonso, Balaguer Architects and Associates) and several Engineering companies, with multiple shared complementary services (restaurants, board rooms, an auditorium, parking, security services, etc.). The refurbishing of the building has been carried out with absolute respect for the original materials, as well as the size of the building. Consequently, ceramics are used on the exterior of the building, in the form of a perforated double skin, on the east and west facing façades, which generates, on the one hand, a formal and volumetric respect for the original form, and on the other, a true "thermal blanket" where all kinds of machinery and installations are located, all of which can be inspected using the metal mesh-design walkways, thus freeing up the visual aspect of the complex and especially its 5th facade, from any disturbance from visible installations. A grand hall, with a double height ceiling, welcomes the visitor to a floor constructed in the form of a "T". A suspended glass-covered walkway gives a light and airy feel to this connecting element. This hall serves as a distributing point to the other spaces, and at the same time doubles as an area for temporary exhibitions, including the biennial local ceramic exhibition, fashion catwalks, civic presentations,... a space well equipped for maximum functional flexibility, adapting itself for multiple events. Its very powerful scenic and visual component is intensified by safeguarding its previous industrial atmosphere. Simultaneously, a large space for seminars and conferences, which can be subdivided into 3 rooms for small and medium-sized gatherings, provides complementary facilities for the businesses and activities in the complex. The intended synergy of uses between private and public activities manifests itself here fully due to the multiplicity of uses and opening hours in all spaces, consequently these rooms like the grand central hall are made available to the local citizens through City Hall itself, which has new exhibition and civic areas at its disposal. The reconstruction of the original skylights, together with the dappled light from the double skin of the façade, bring an extraordinary luminosity to all the interior spaces, and this is further enhanced by the double ceiling height of the hall which traverses most of the building. A new public space, attached to the present one, enhances the urban "grouping" of the complex, which has been complemented by a walkway and a lift, which helps to preserve the important gradient resulting from the existing river, which was previously landscaped and became the beautiful "Parc dels Torrents" nature park. Under this square, there is a parking area bathed in natural light thanks to various "fissures". Vegetation growing in the subsoil appears in all its splendour in the patios in the upper public space. The unnecessary appearance of forced ventilation systems is appreciated from a budget point of view and in relation to energy savings and visual impact, as well as the considerable saving on lighting during most of the working day. Thus, a space like that of the parking area, generally offensive and badly treated from a visual aspect, is converted almost into an extension of the public space, and given some extra colour by means of the graphic design used in signposting and numbering. A new concept in user-friendly space. A new adjoining public swimming pool completes the extensive range of activities found in the complex, and advantage has been taken of the foundations of the old building in order to provide changing rooms and toilet facilities in such a way as to integrate fully and sympathetically with the surrounding landscape. The uneven line of the sheet of water also helps create the desired integrative aspect. Here we have a definitive example of authentic sustainable economics, by means of the necessary and convenient synergies between private and public initiatives, which allowed and made possible the rehabilitation of an old "ceramics factory" ear-marked for demolition, and which has been assigned to new uses according to the times and with the precision of the moment. All this without abandoning in any way, the necessary contribution regarding historical-architectural sensitivity which the firm always champions.