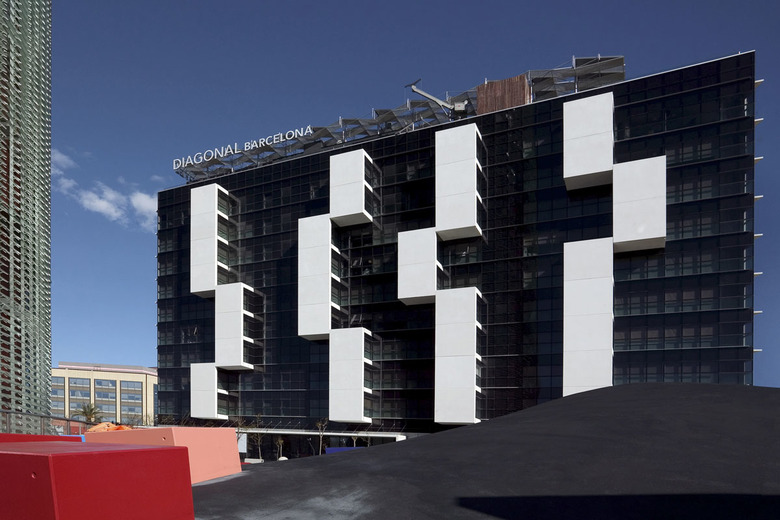 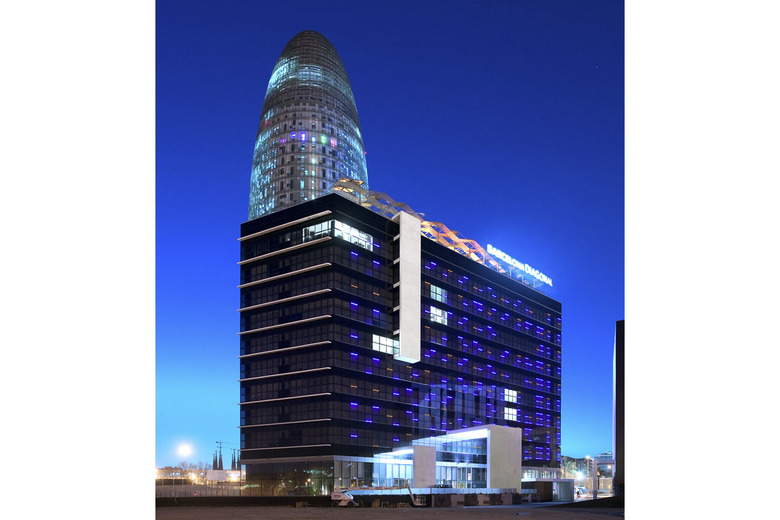 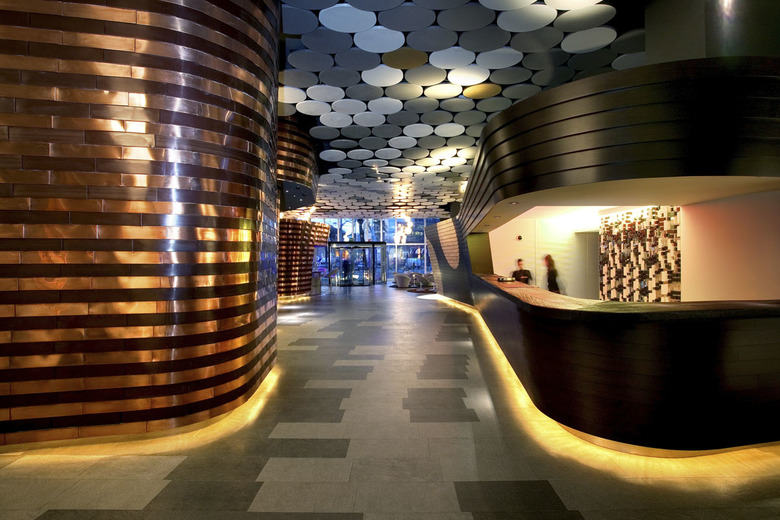 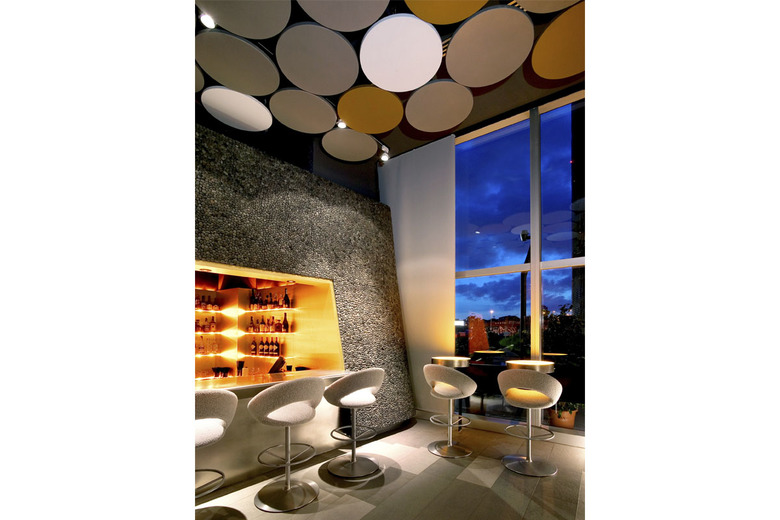 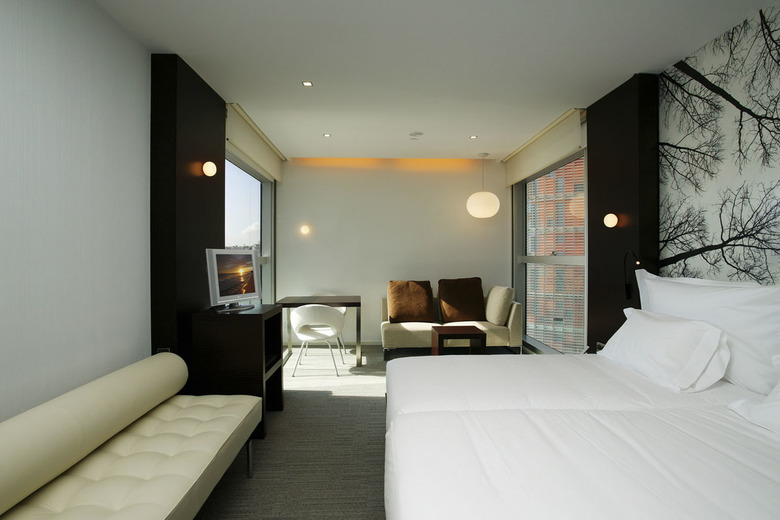 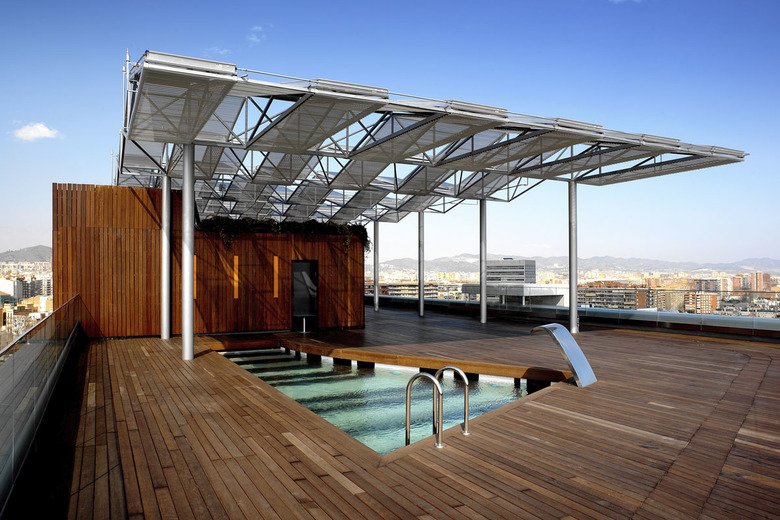 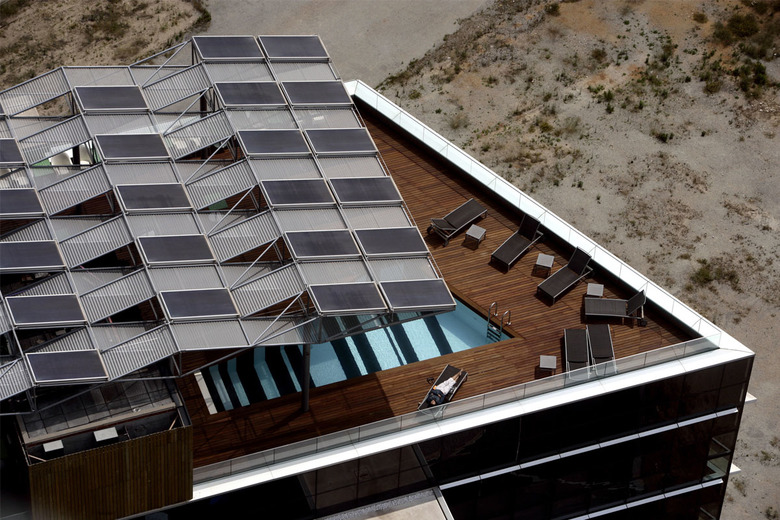 Piano rhythm – Hotels have undergone a revolution all over the world. The Silken group was one of the first to notice the trend and start to build a series of designer hotels. It fell to us to design the one in Barcelona, and the aim was to draw up a completely integrated design programme, in which everything would exude a certain atmosphere. To turn a guest’s stay in a hotel into a pleasant experience, something distinct. The antithesis of a hotel chain where you already know what is waiting for you. We thought that, on the contrary, we should offer a new kind of space designed for those who appreciate creativity and are not averse to surprises. The project was already in progress when the design of the Agbar Tower was made public; we decided to rethink the facade in consequence, as it acts as a background for Nouvel’s building. While his is all curves and colours, ours is like a screen with rectangular shapes in black and white. Like big piano keys, the white panels, after the fashion of the refuges in bull-rings, cover the direct views over the tower, and allow light to enter from the sides, offering greater protection and a little projecting room. The lobby is inspired by a sea-bed under an undulating ceiling of waves, and the bedrooms are monochrome refuges to rest after visiting the asphalt jungle.