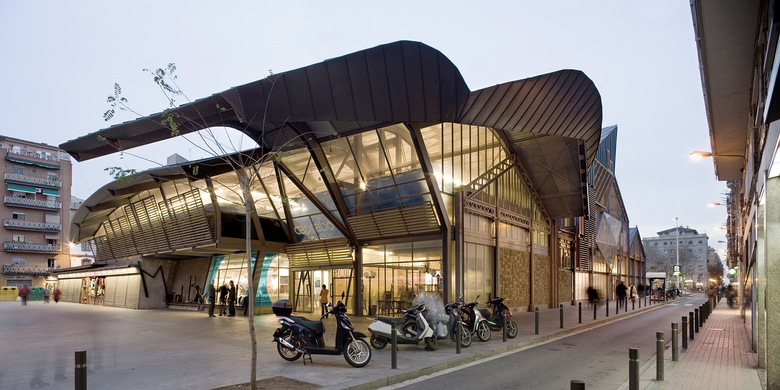 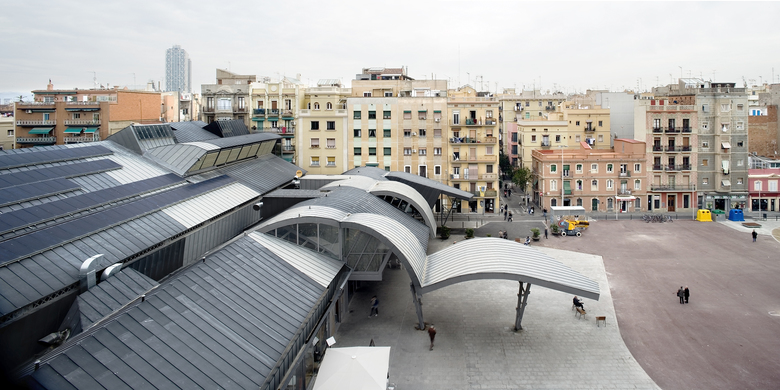 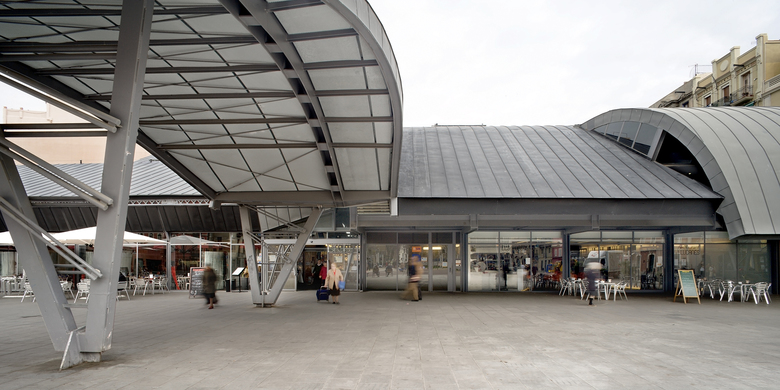 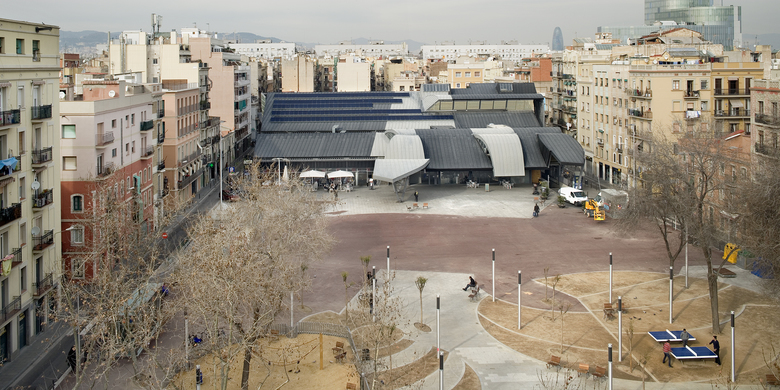 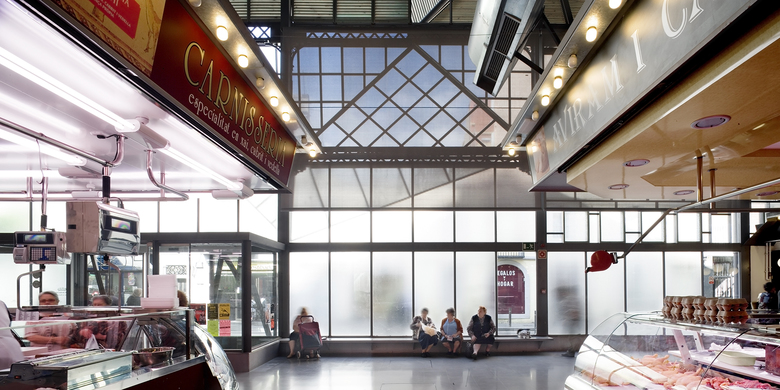 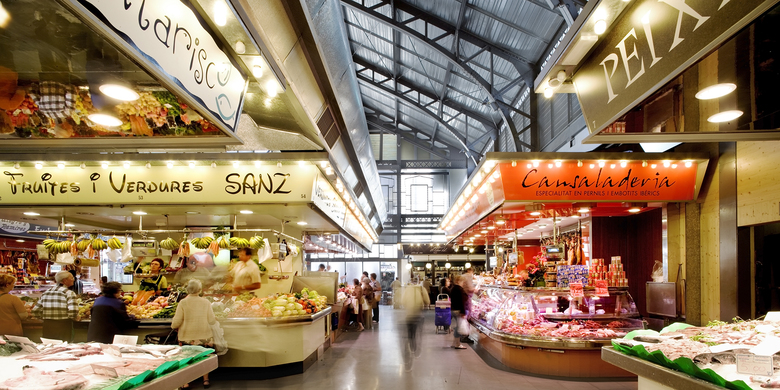 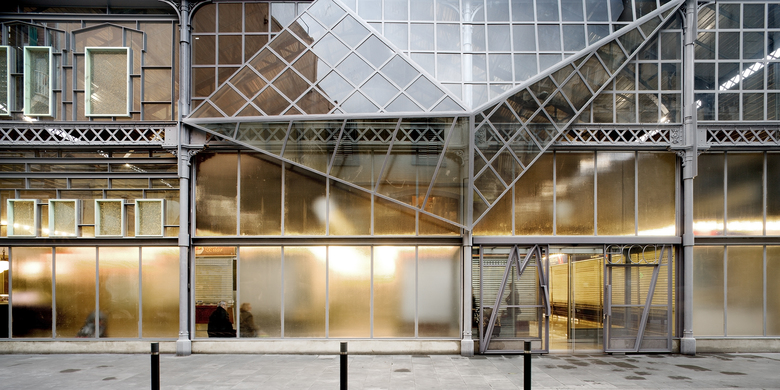 When I was a student at the Barcelona School of Architecture (ETSAB), Barceloneta was the subject of much conversation.

Restaurants on the beach which later disappeared... narrow streets, cramped flats, the clothes hanging out on the balconies, the shops, the artisans' workshops... and its people, who talked, and still talk, fast and loud.

The project meant a chance to go back to the neighbourhood in an interested manner; it was no longer a trip down there for fun, to discover its people, its bars, its smell... but rather a survey of the place with the object of identifying what would enable us to reveal its qualities and to describe it accurately for the purposes of a project.

An attempt, ultimately, to explain a reality, to offer a new and fuller meaning to an architectural project, beyond resolving a programme or commission.

As early as the competition stage we did a collage with some of César Manrique's fantastic fish, drawings for children we hoped might embody and express the joy of these people: their liveliness, their energy, their enthusiasm in the face of frequent hardship.

In fact the Market has always been an element of social cohesion in the neighbourhood, a landmark, sometimes almost secret and visible only to its inhabitants. This condition of density that the market has in relation to the city should be a condition of the project, so that the building and its immediate surroundings actually become a clear point of reference in this corner of the city of Barcelona.

It is surprising to see now the photos we made of the market during construction, when the pieces, the bones, of this huge animal were being carried through the streets to their final place.

This animal is now a prisoner in a military-imposed town plan, this neighbourhood, with no chance of escape.

I think it's nice to think of the memory of these very streets of each of these transported parts; each neighbour, witness alike to the construction, or at least some fragment of the market.

And it is surprising even now, to recall that building process, which we shared with neighbours, with workers... the final construction done in parts, little pieces of a greater reality; the assembly of these pieces, these fragments, previously cut up in the factory, to facilitate transport, and their passage through the narrow streets to the space allocated for the market.

The market seeks to form part of the neighbourhood, its urban fabric, and is redirected toward the squares front and rear – formerly no square existed, and the bays that made up the market crossed.

The new metal figures create new market spaces, not touching the ground, but suspended from the old structure, not a in real manner, since the two structures, the old and new, never really overlap structurally, rather they do so in a false equilibrium.

The imprisoned, tamed building writhes within this space, a certain violence in its rebuilt form, acquiring a reality that lies between the memory of its former self and its new ambition. It uncurls, curls back up, and offers a succession of new spaces to discover.

I think we have succeeded in making the market belong to the neighbourhood again naturally: from inside, the windows of neighbouring buildings overlay our enclosure, and vice versa. It is a market that can be understood as an extension of the city, of the neighbourhood, of its shops, of its bars, with a day-to-day continuity. And it can be crossed as one does a pedestrian crossing, hardly looking from side to side. Halls, restaurants, shops, spaces of and for the neighbourhood, ultimately... and a sense of necessarily belonging to a place, of identifying with it, and participating in its energy.

I would like the building to be, beyond its market, a part of the neighbourhood's impudence, to match the gutsy character of this neighbourhood ? so special, so vital ? of Barcelona that they call, for some reason, l'Òstia.

Integral refurbishment of the old town of Banyoles