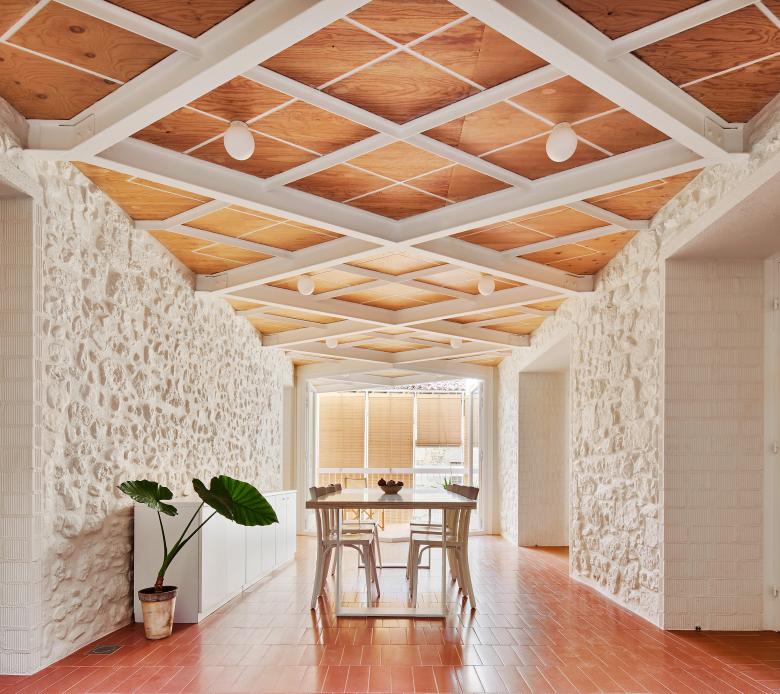 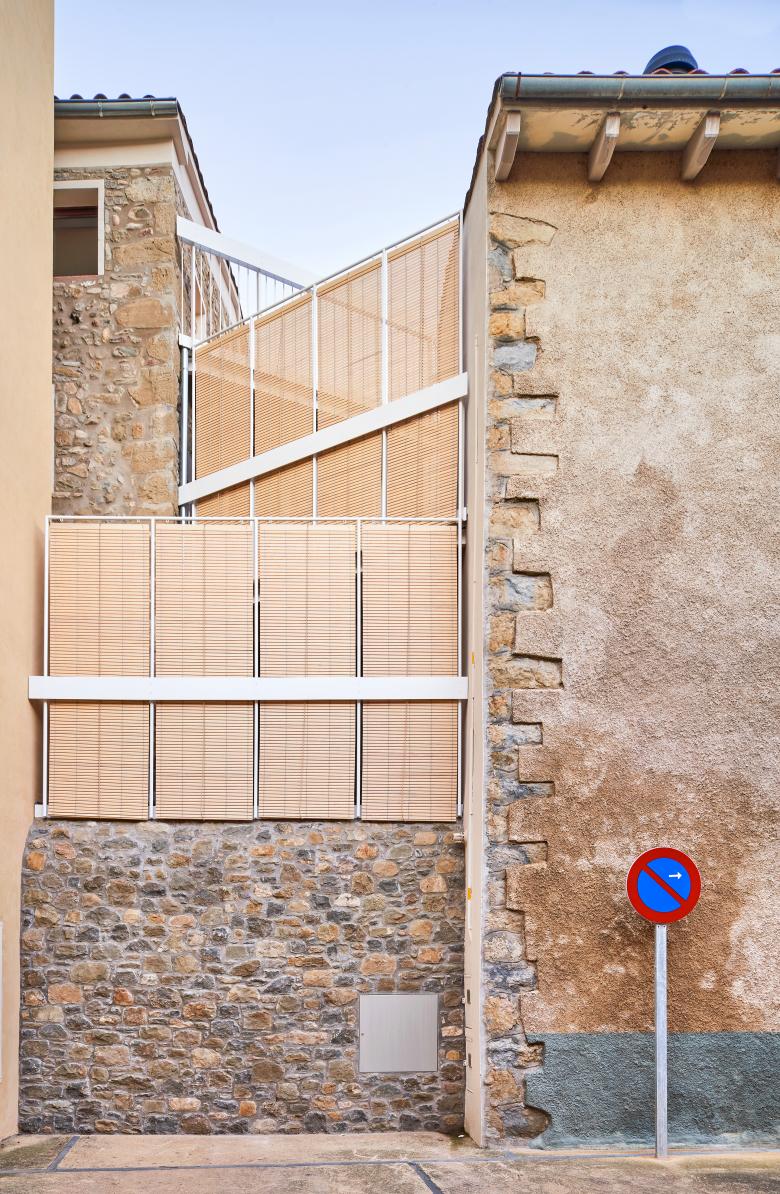 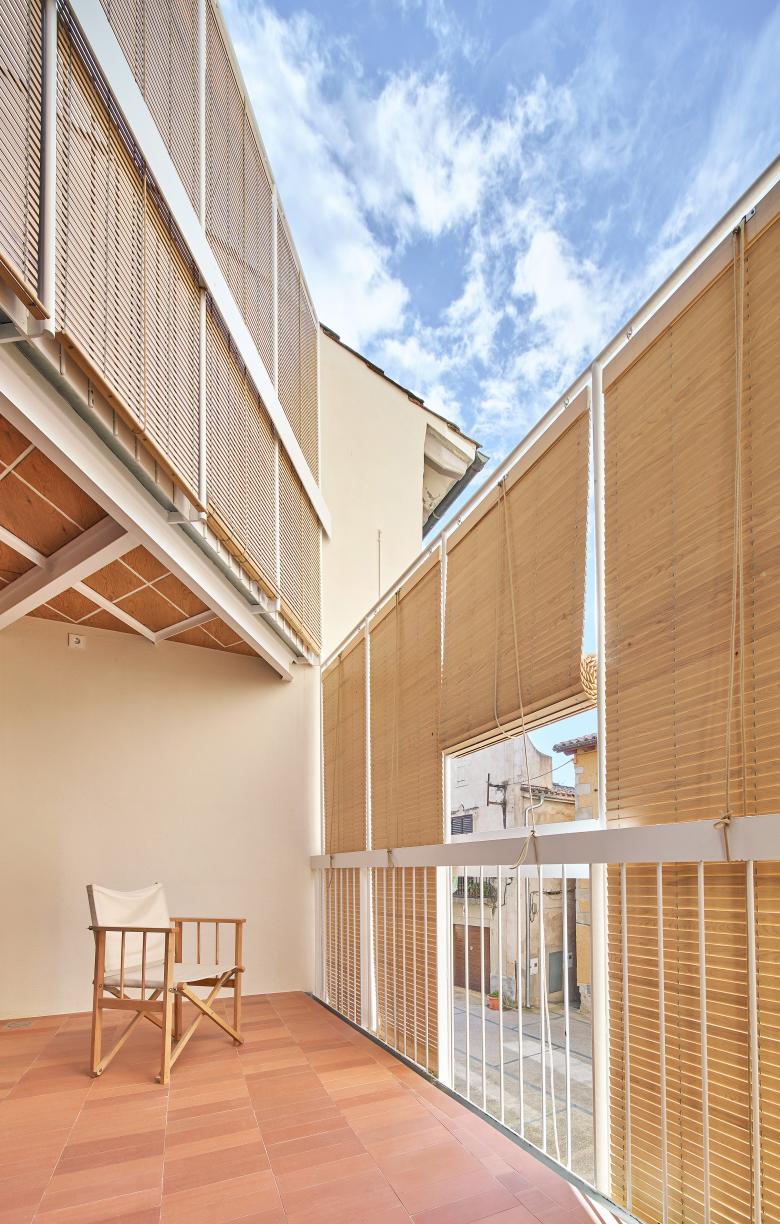 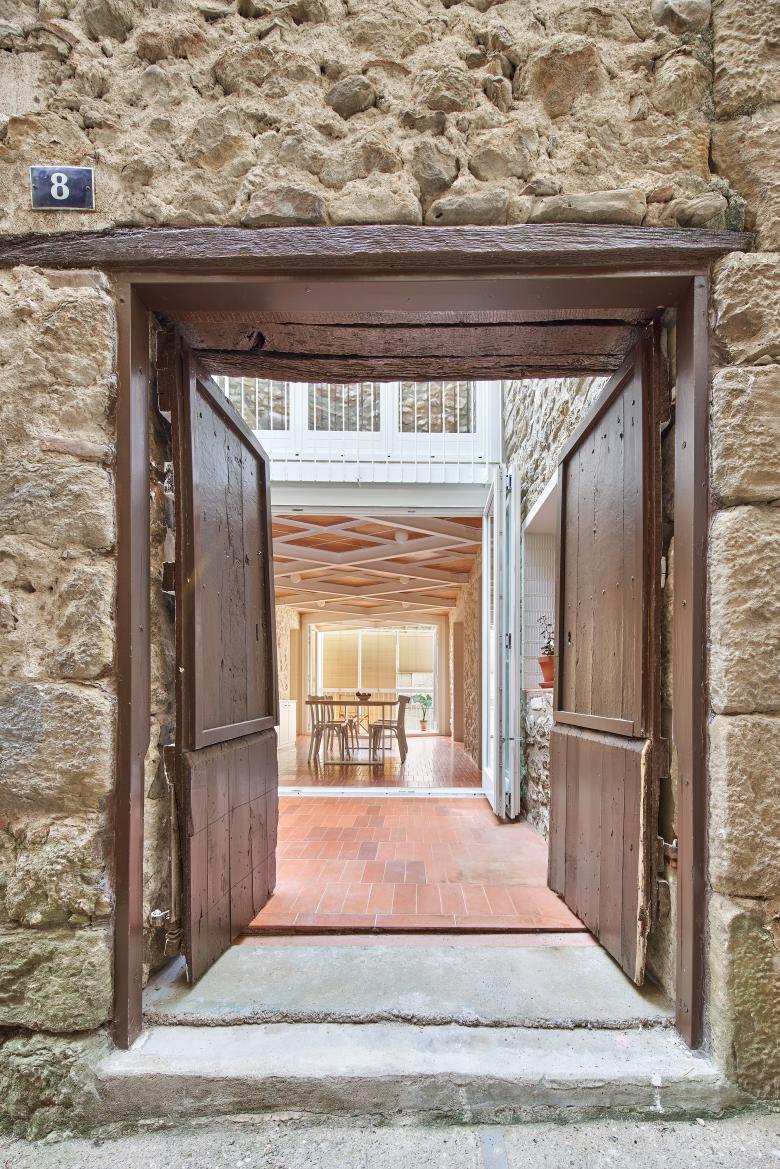 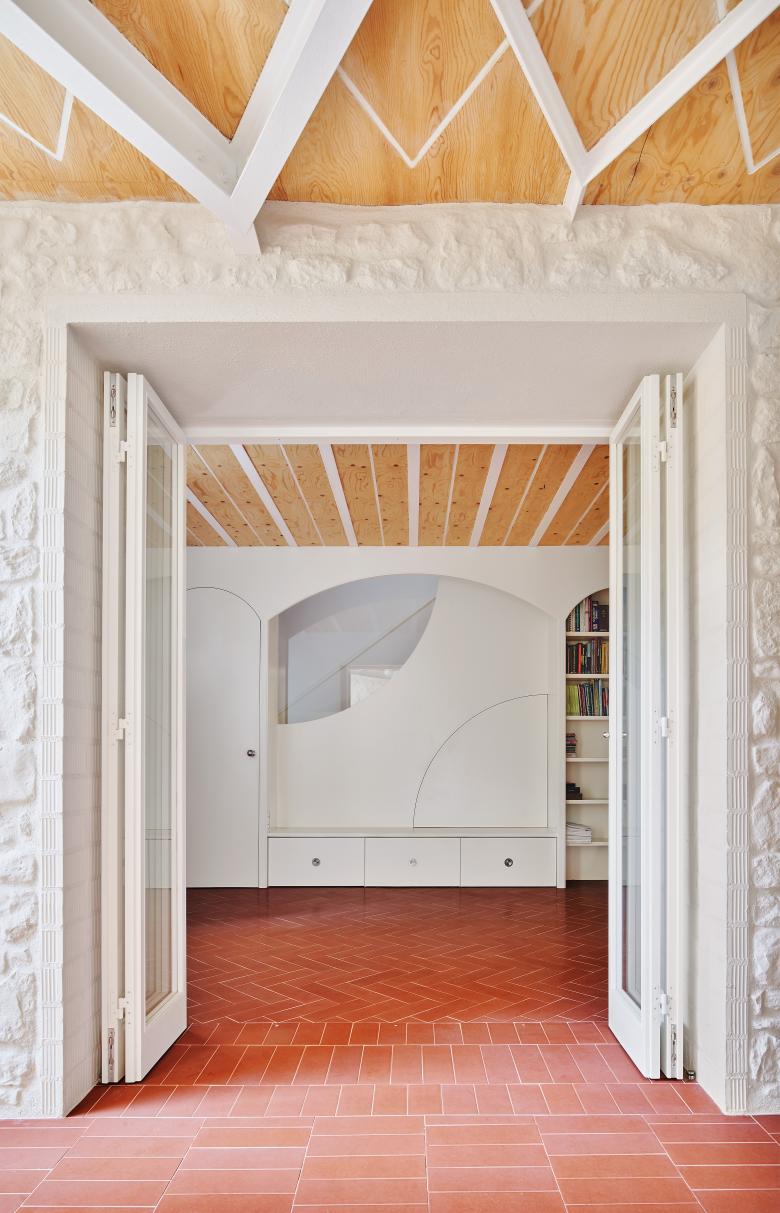 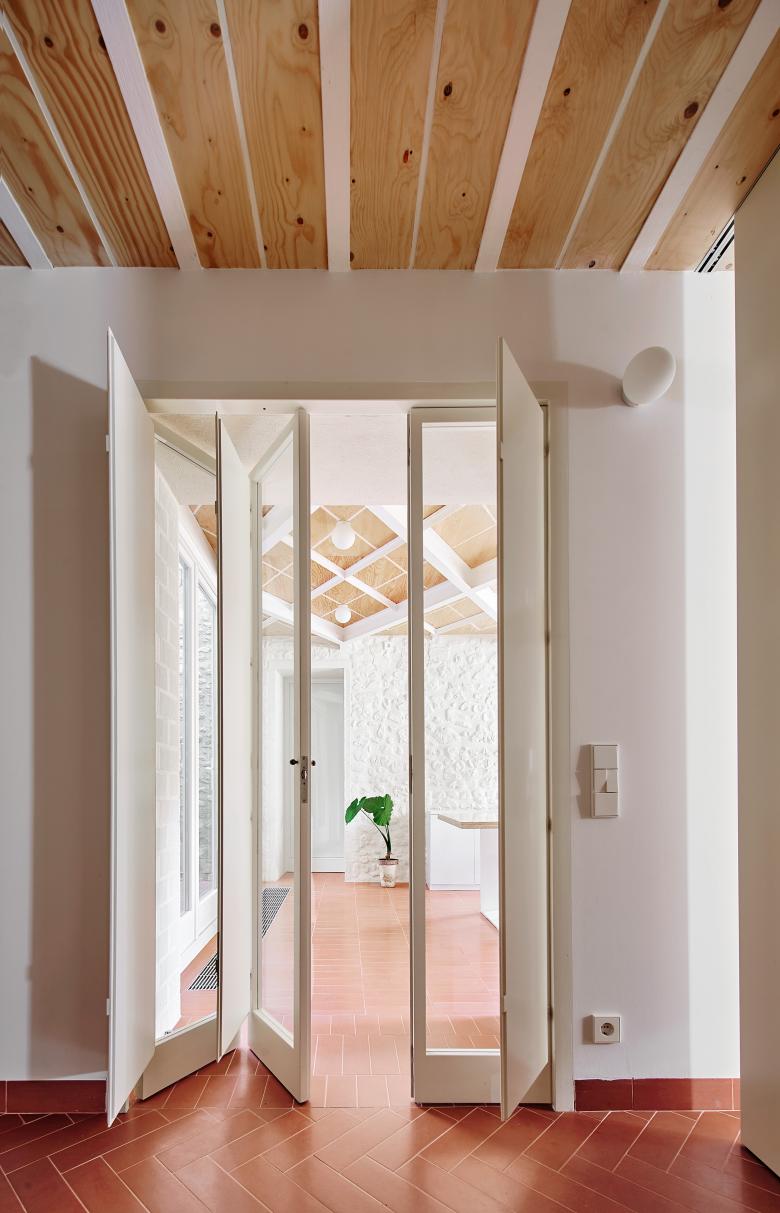 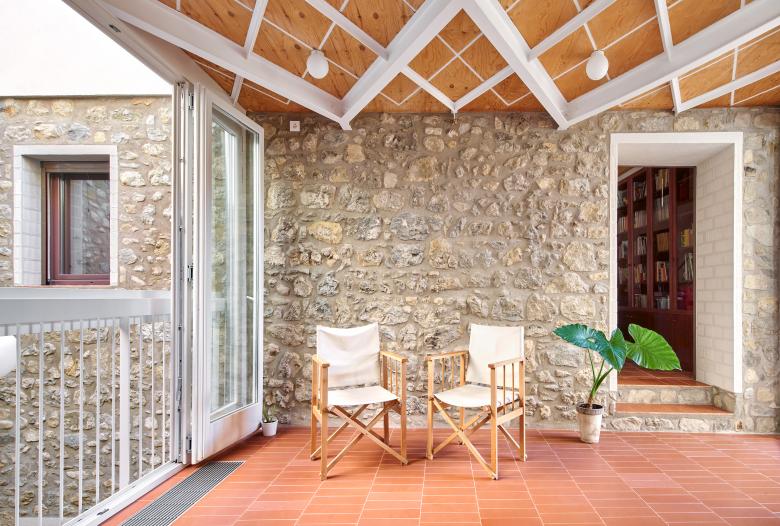 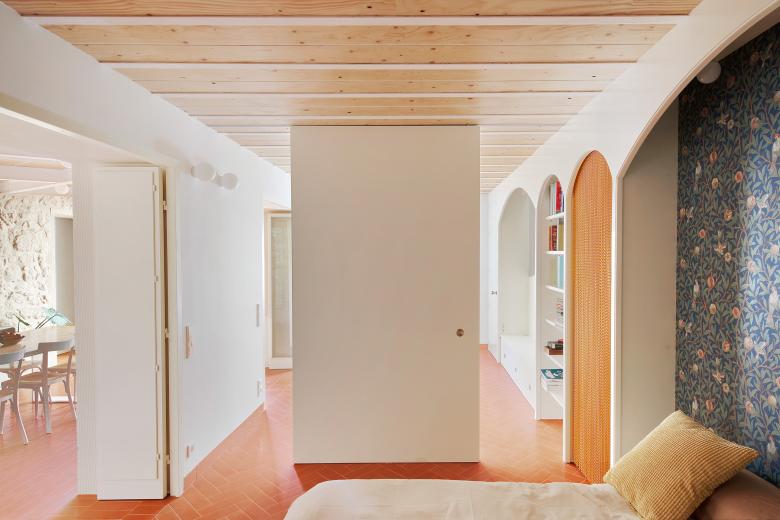 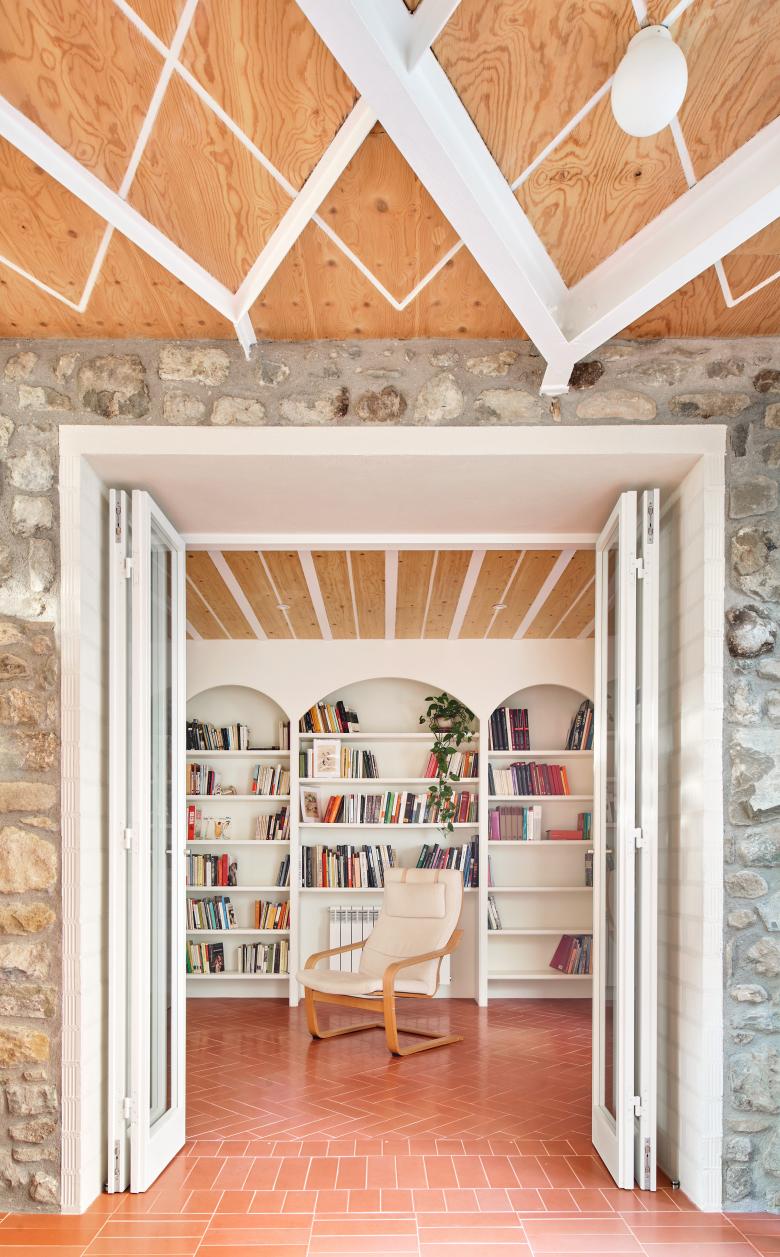 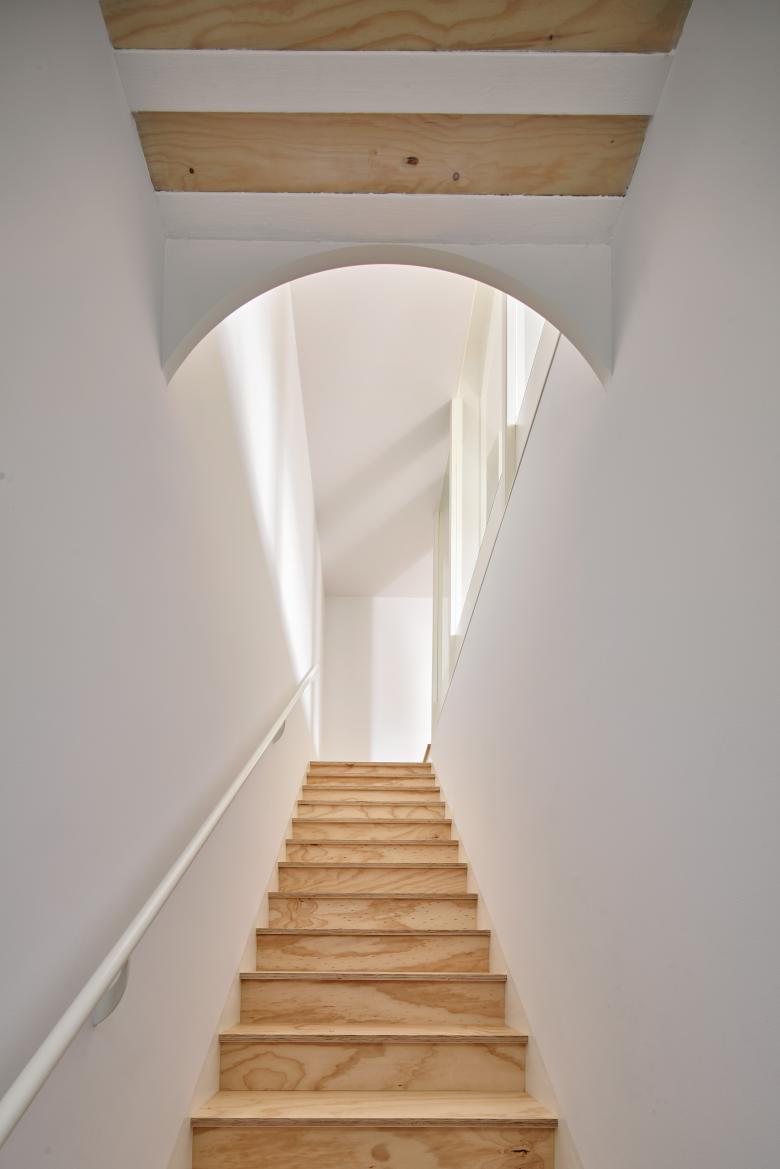 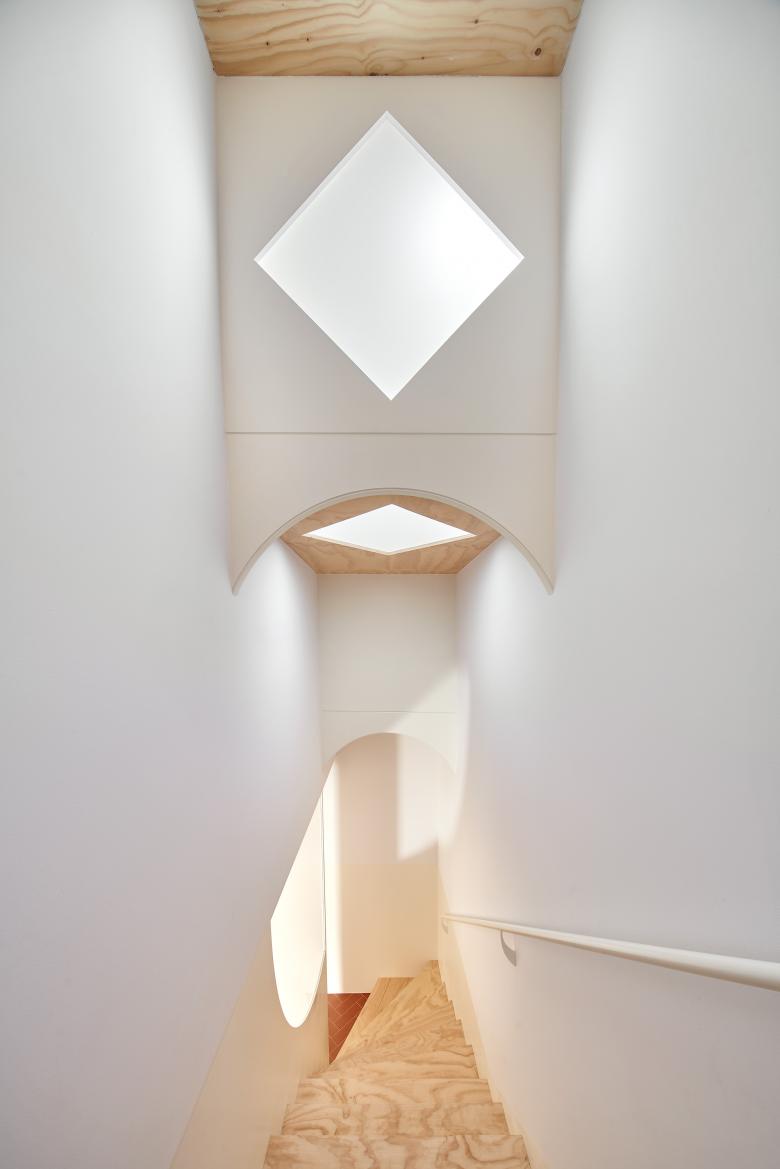 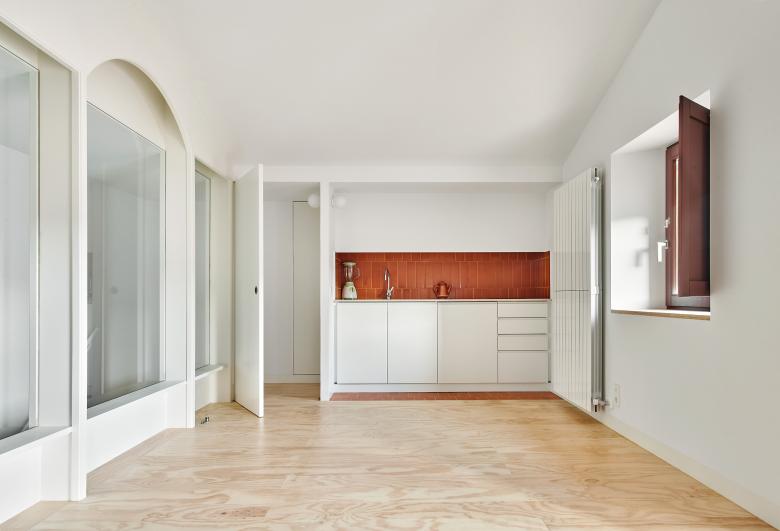 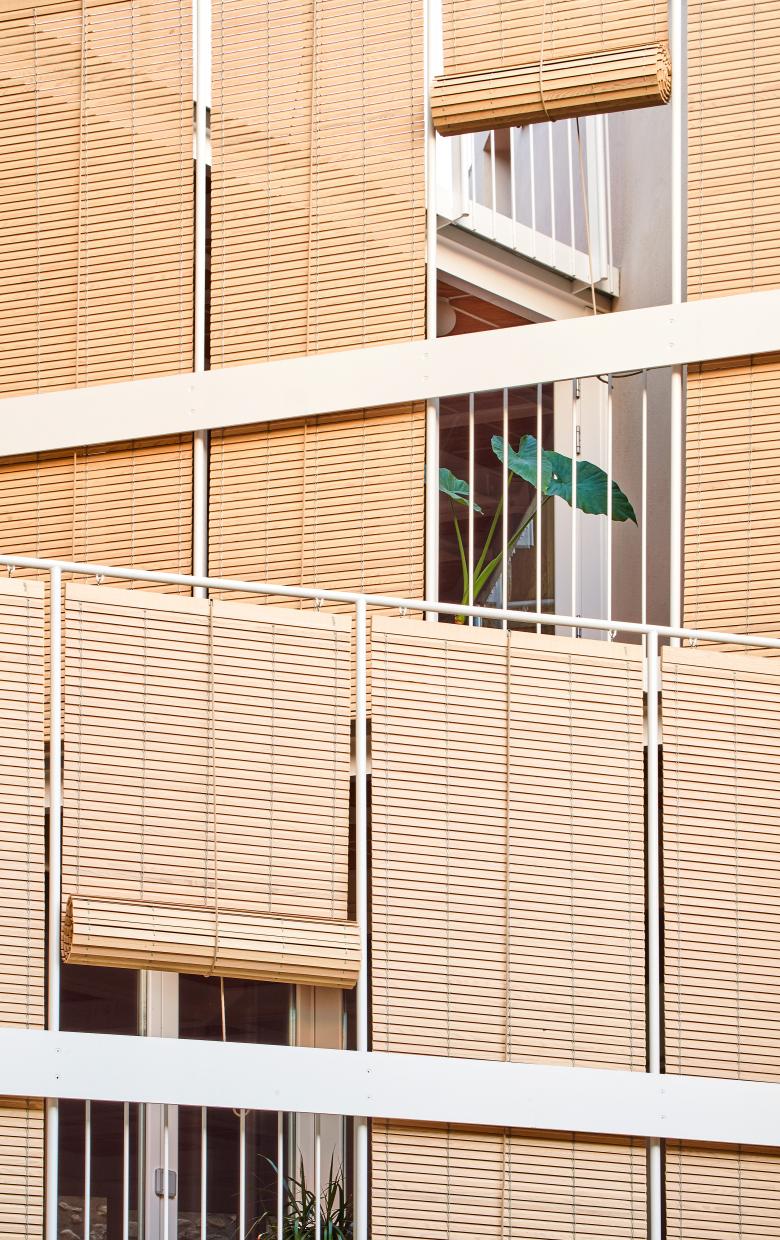 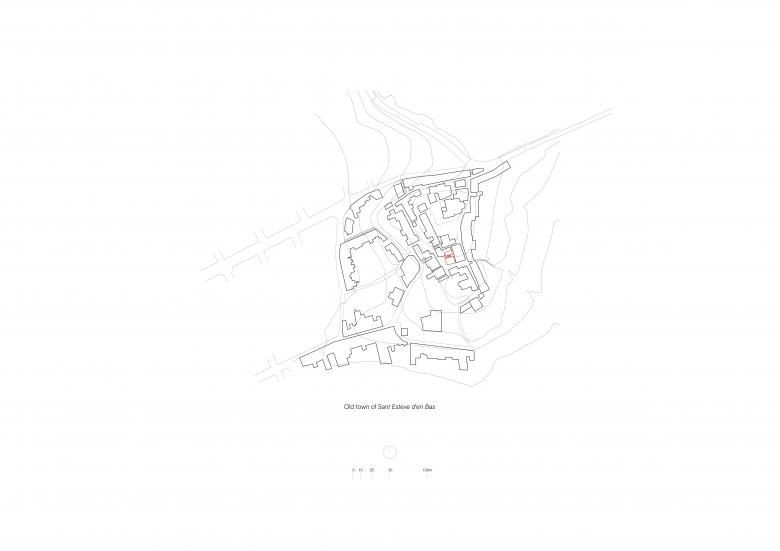 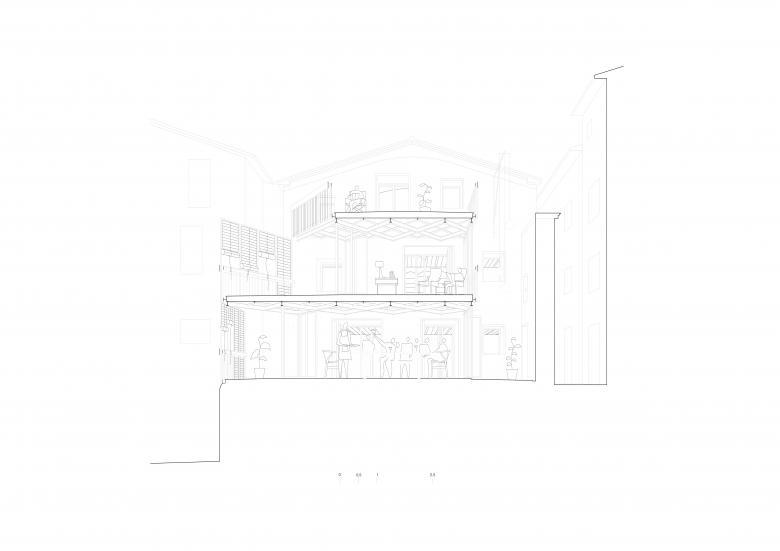 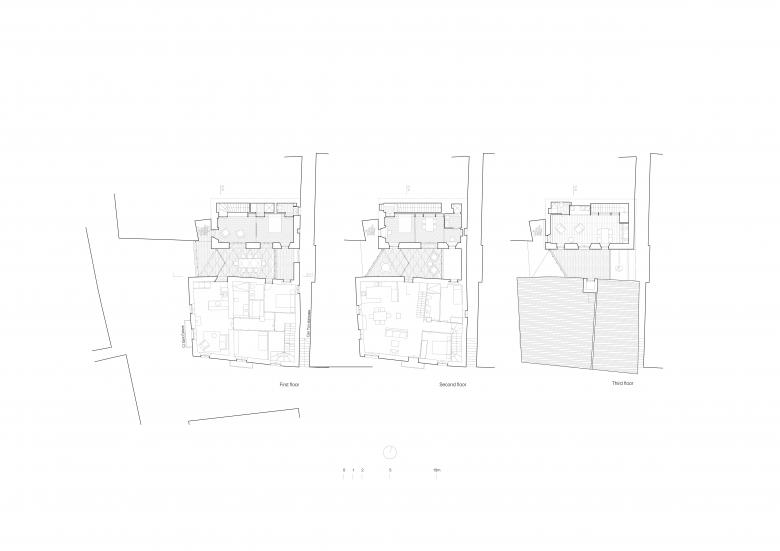 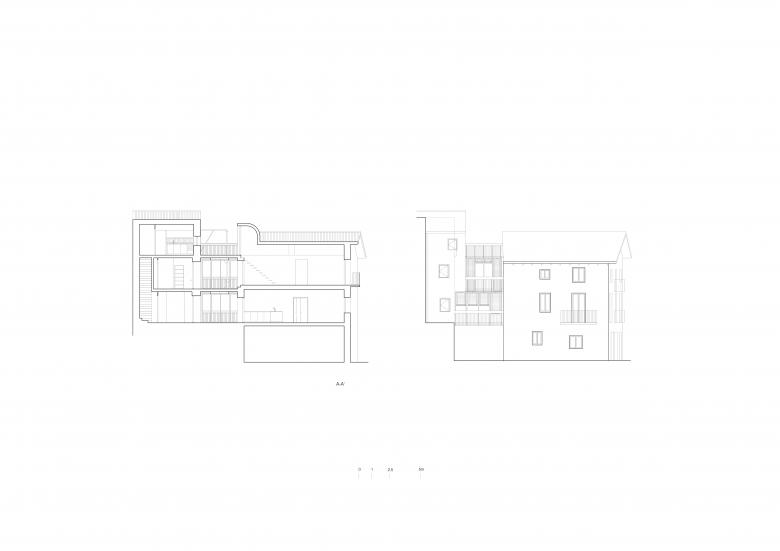 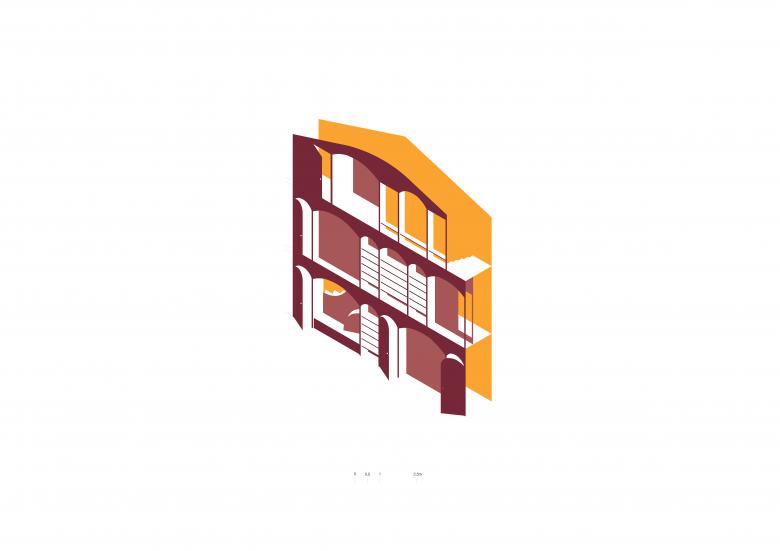 Renovation of a village house as an extension of next door

Two slabs tie together these two homes – Can Man and Can Central – in the town of Sant Esteve d'en Bas. The first is the holiday home of two families, who each have one floor. The second represented an opportunity to expand the domestic space, equipping it with rooms more connected to the outside.

The two bays of Can Central were the original house and a courtyard that had been progressively built up. The second one was emptied in order to reverse the deterioration of living conditions. The freed-up space between the houses is partially framed by three levels of terraces. On one end, they open up, staggered, towards the southwest and, on the other, they withdraw from the façade, creating a courtyard in the front.

The series of terraces-courtyard is the feature guaranteeing abundant natural light and cross ventilation in Can Central, while improving air flows and light in Can Man. Folding French windows convert them into either sunrooms or galleries, depending on the time of year. These versatile pieces are now the centre of gravity of each of the rooms. The top terrace is shared and has two independent entrances.

The inside of the renovated home is organised into three main areas. First, a main living space parallel to the terrace. It is accompanied by an altarpiece made up of a series of niches, a porous background for furniture and service spaces. Finally, behind it, there is a staircase running lengthwise and extending the home to the top floor.