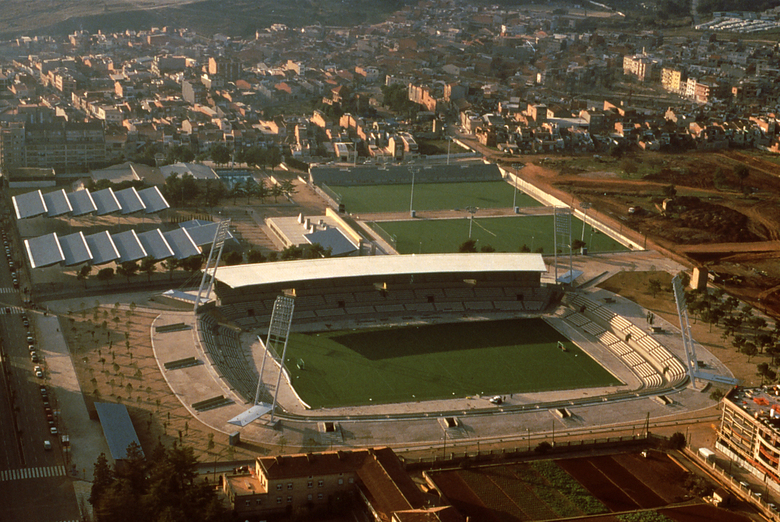 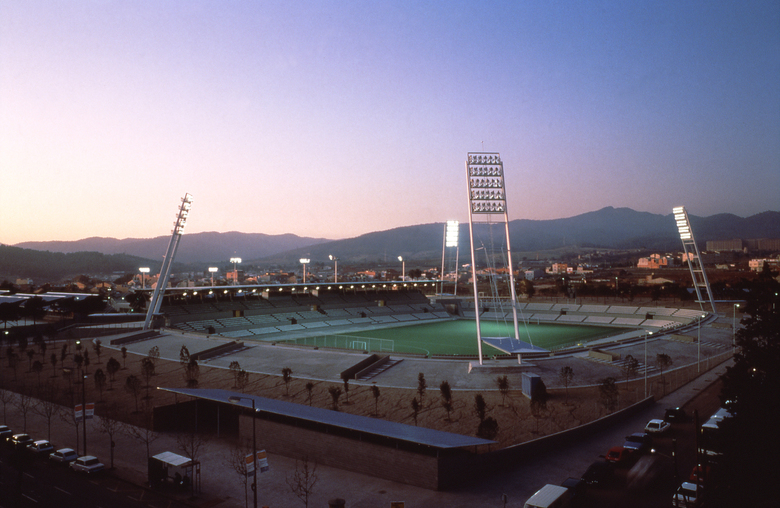 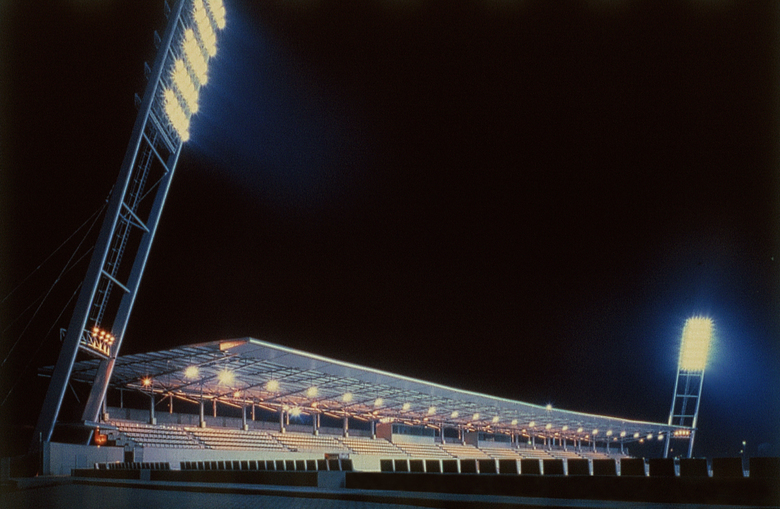 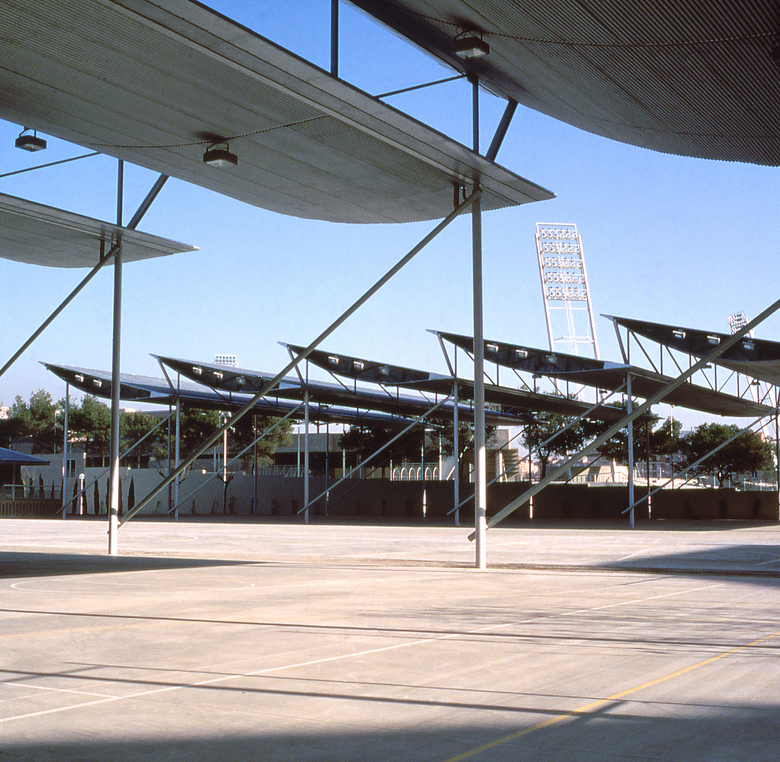 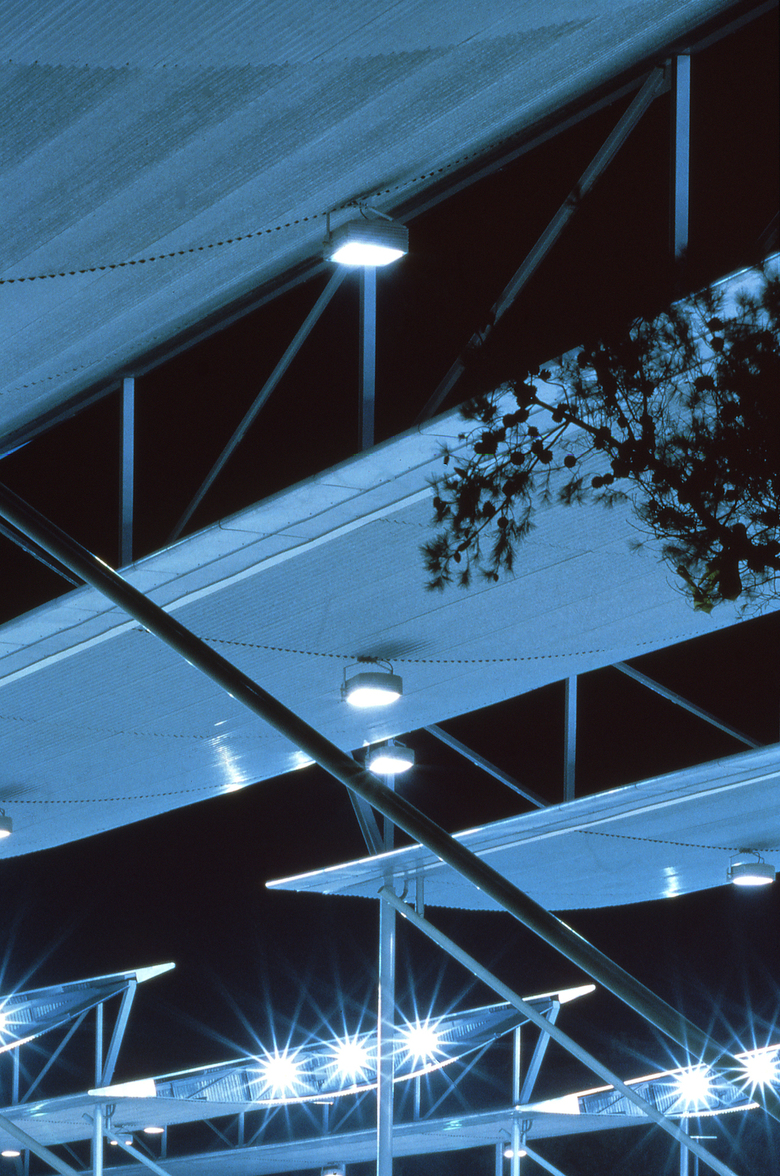 The municipal sports complex includes the 1992 Olympic Hockey Stadium, together with additional hockey pitches, a number of basketball courts and the corresponding services. The whole presents a simple and austere appearance, the elegance of which derives from the clarity of the construction solutions.

The fact that hockey is a relatively minority sport made it possible to conserve something of the natural character possessed by the staid of classical Greece. Here, the tiered seating of the terraces is sunk down into a former football ground, with only a single stand rising up, as a technical element capable of assuming functional, compositional and symbolic roles. The same quality can be seen in the slanting lighting towers, which, with the canopies that act to counterweight them, serve to locate the public accesses.

The roofs of the open-sided basketball courts provide another key element in this landscape, like great wings strutted by the inclined braces that serve to drain off rainwater.

Other Projects by Bach Arquitectes

Telephone exchange in the Olympic Village