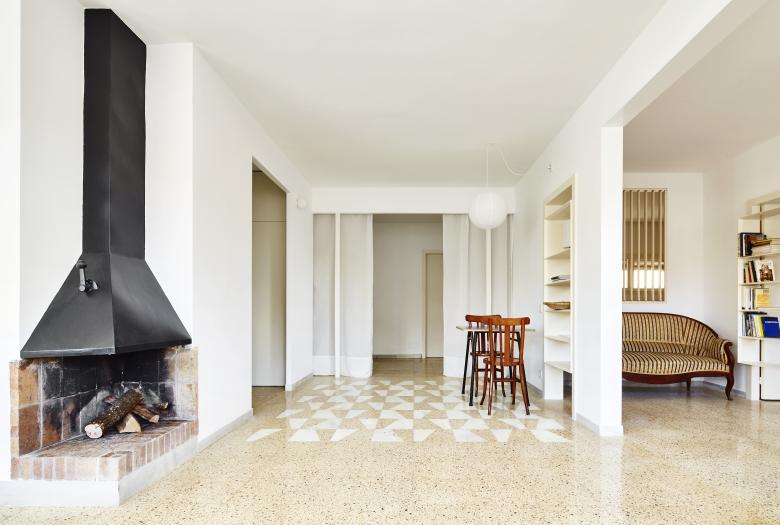 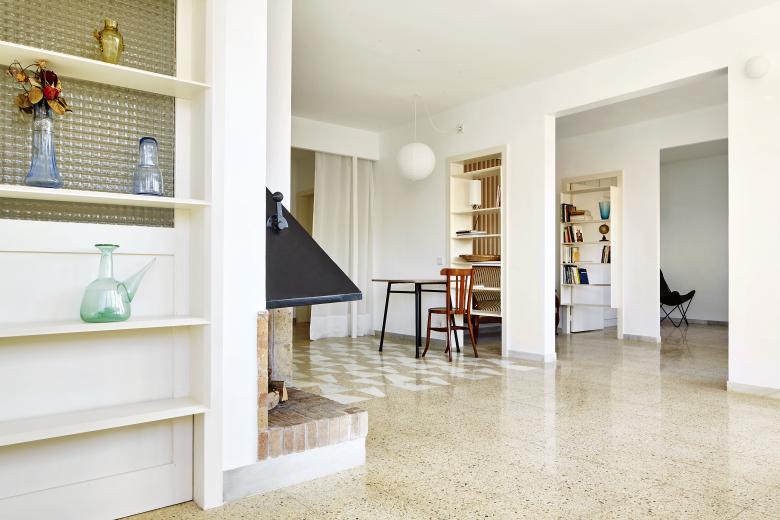 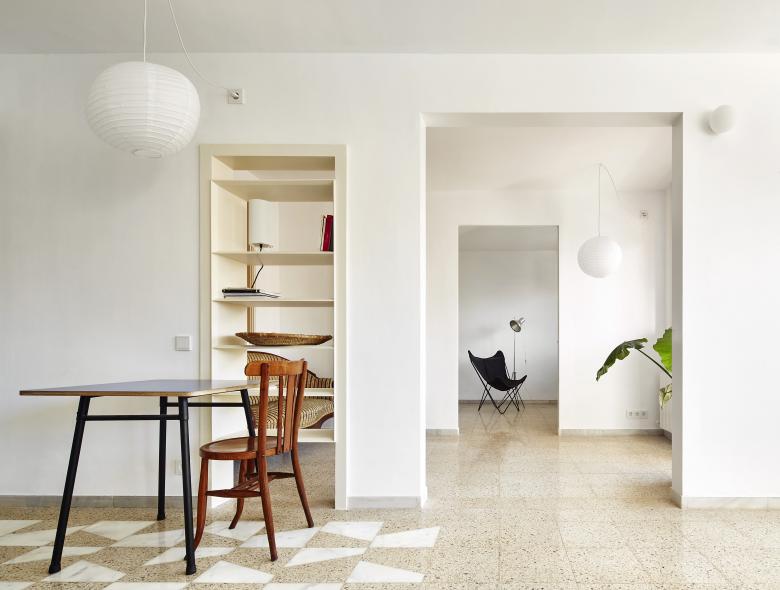 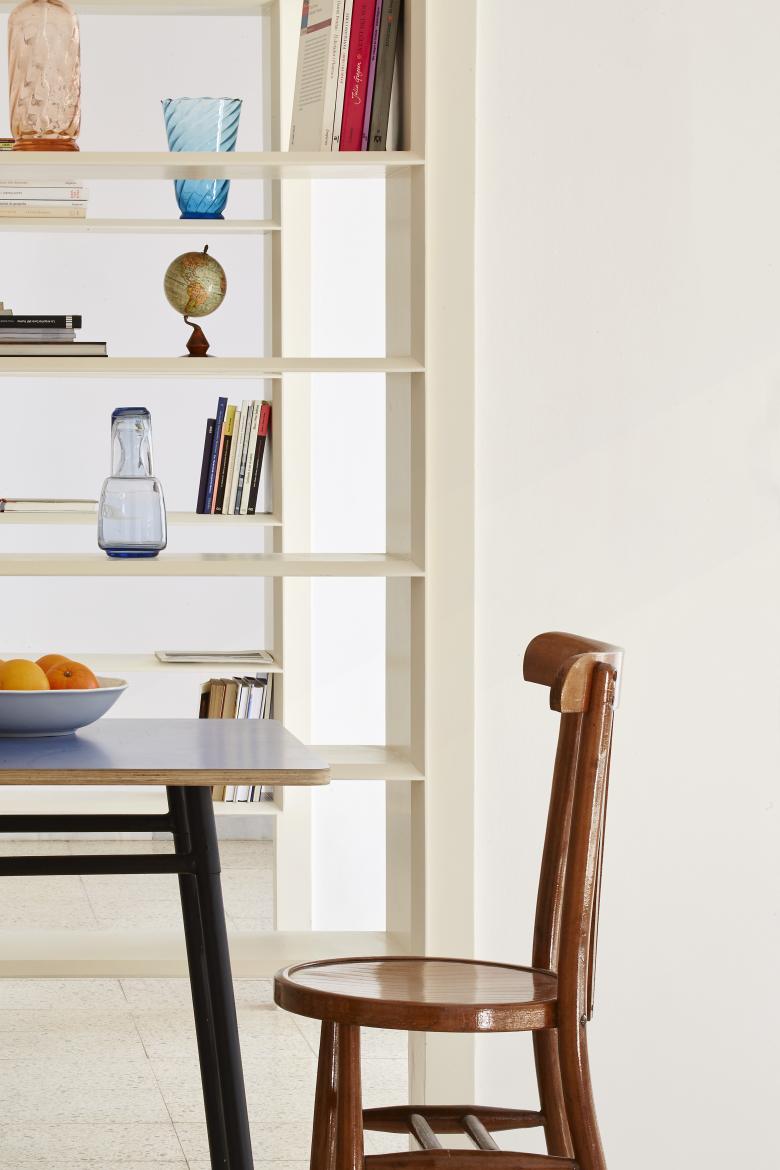 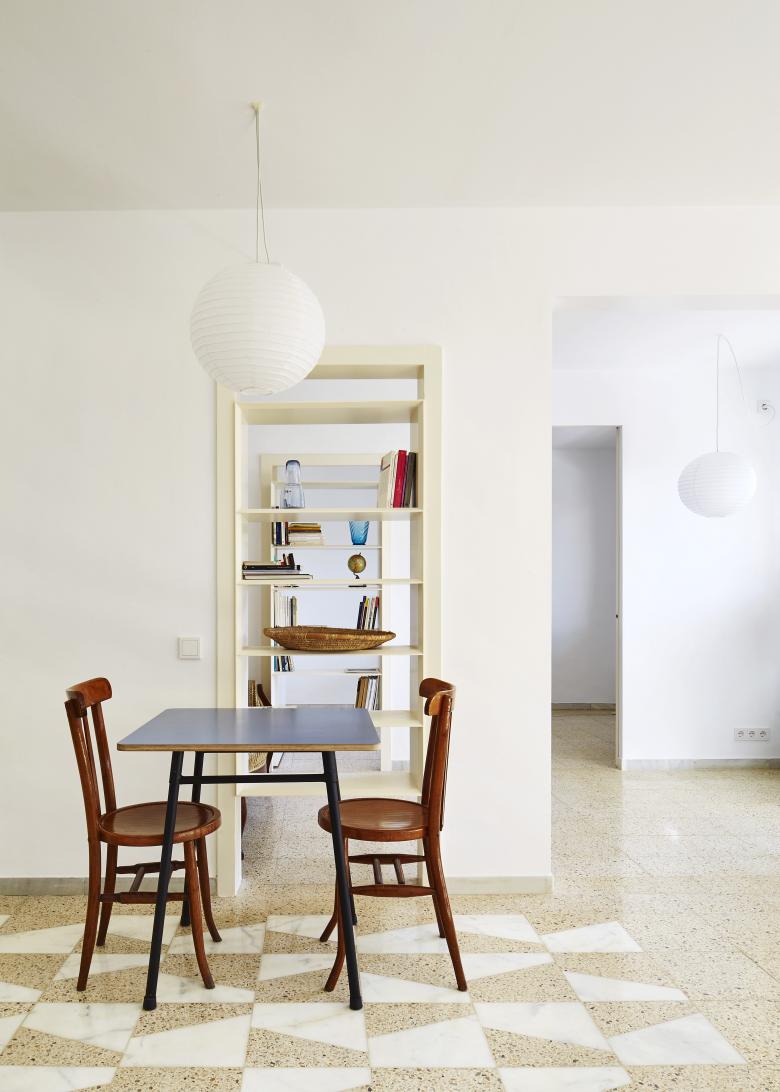 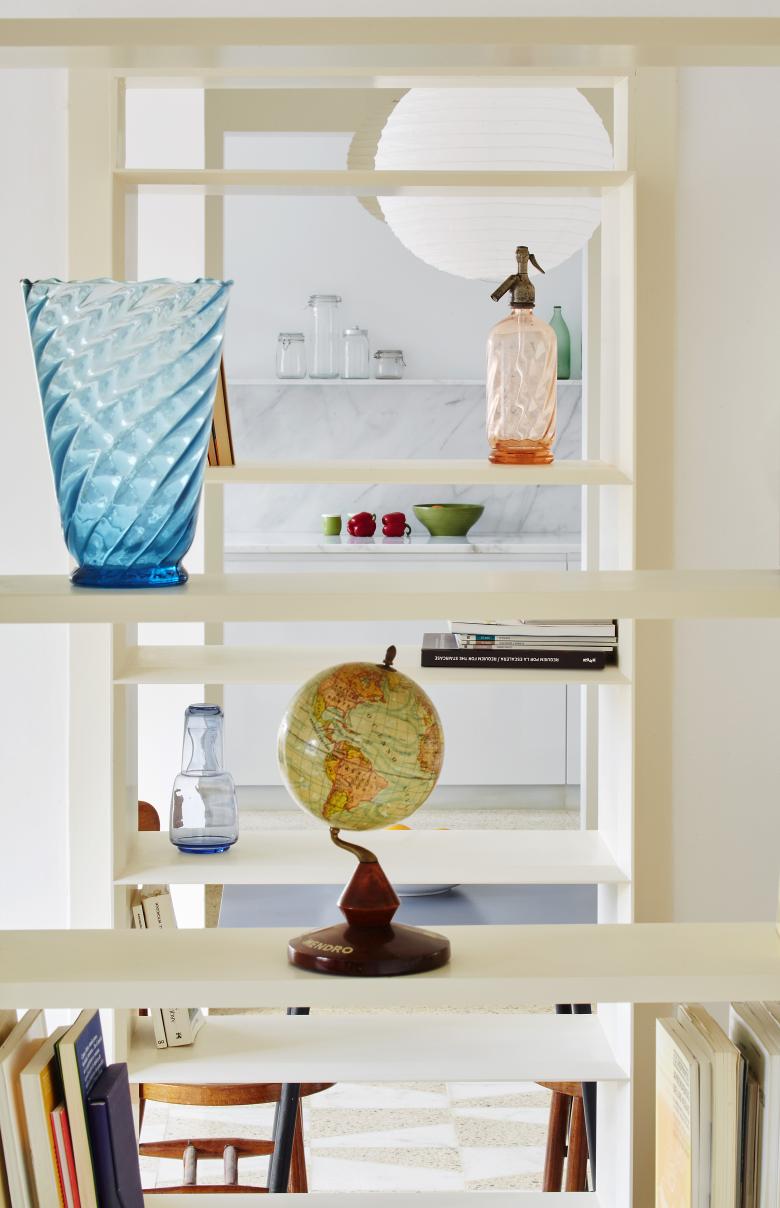 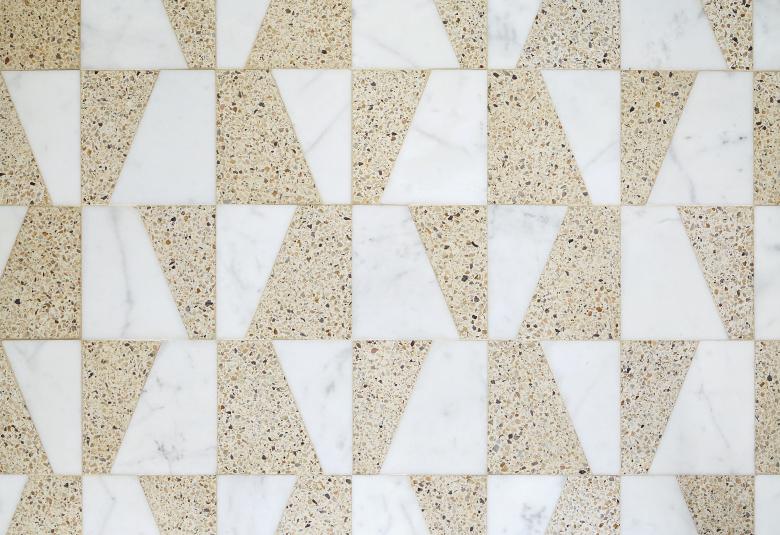 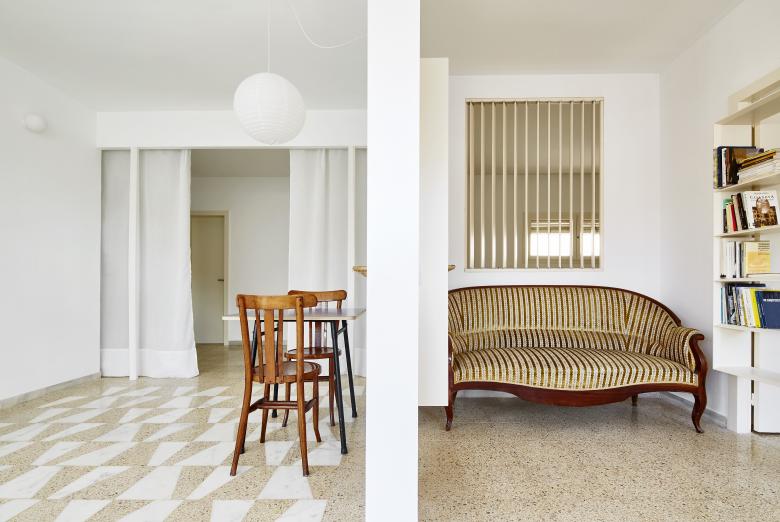 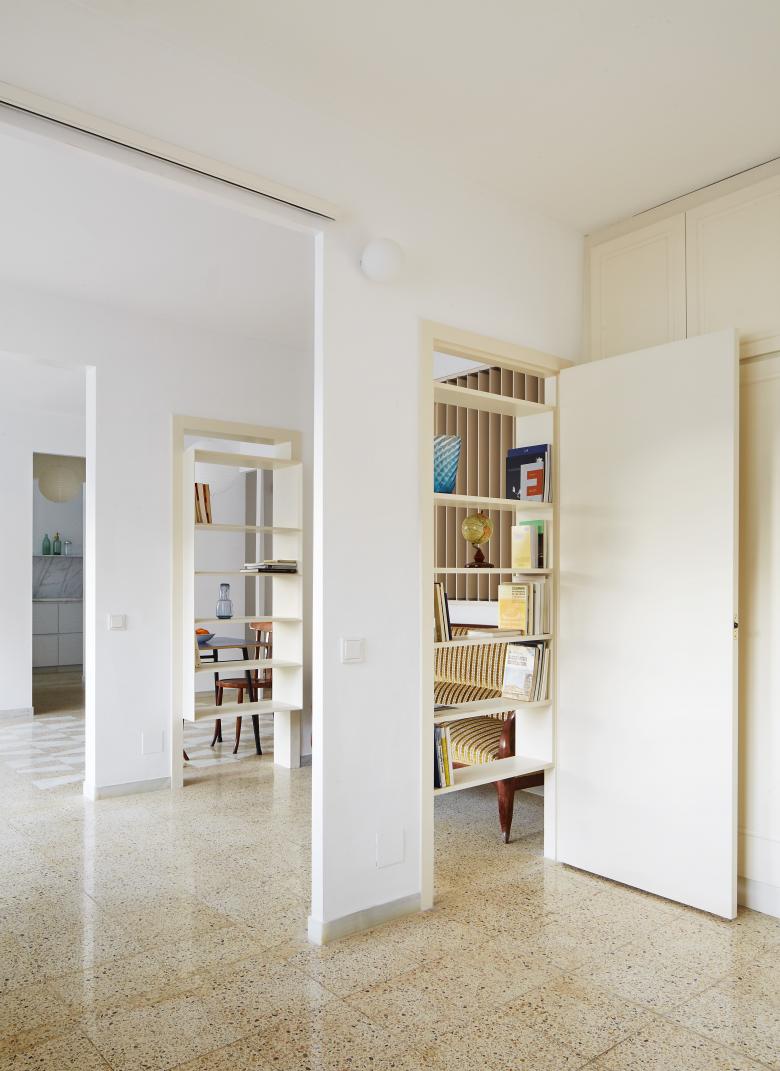 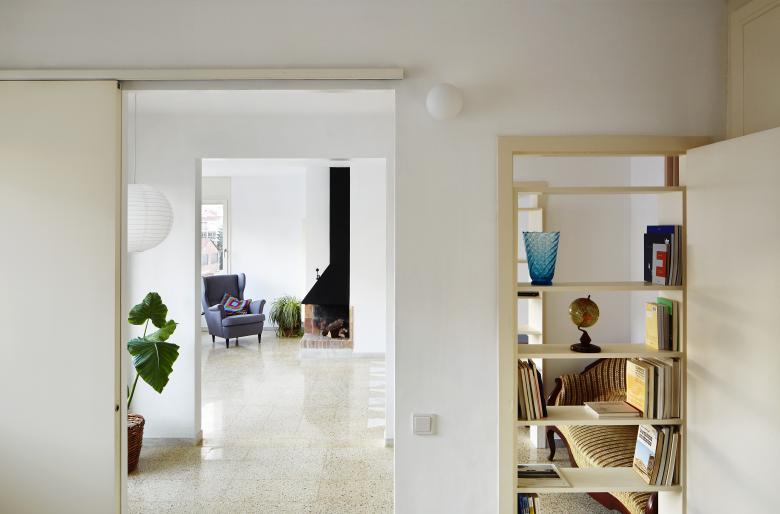 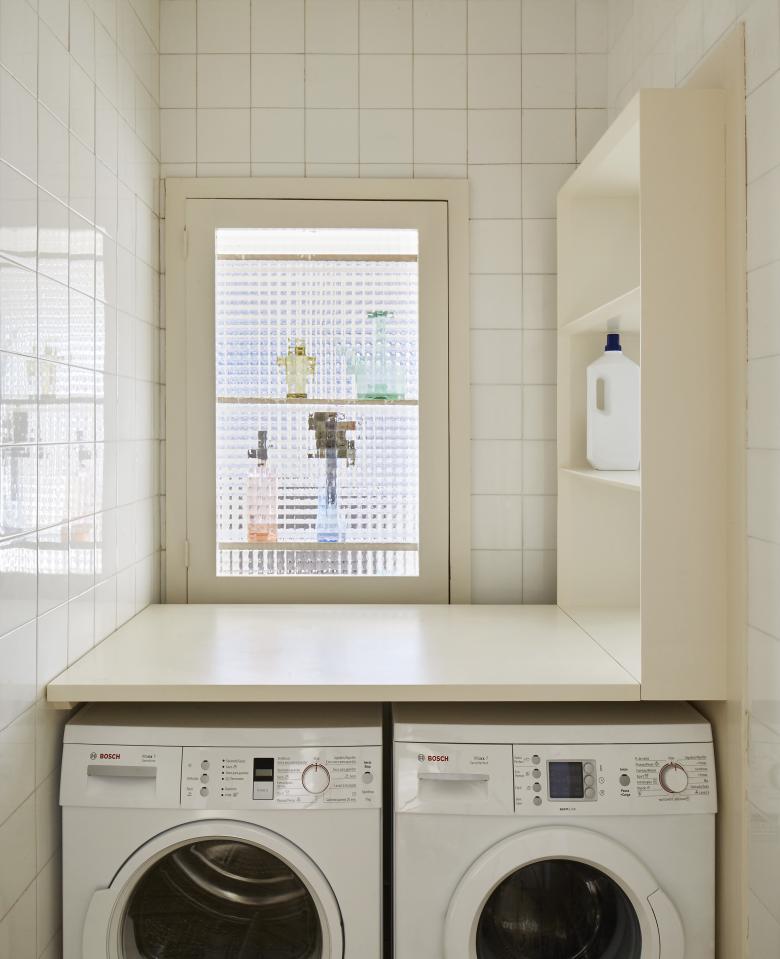 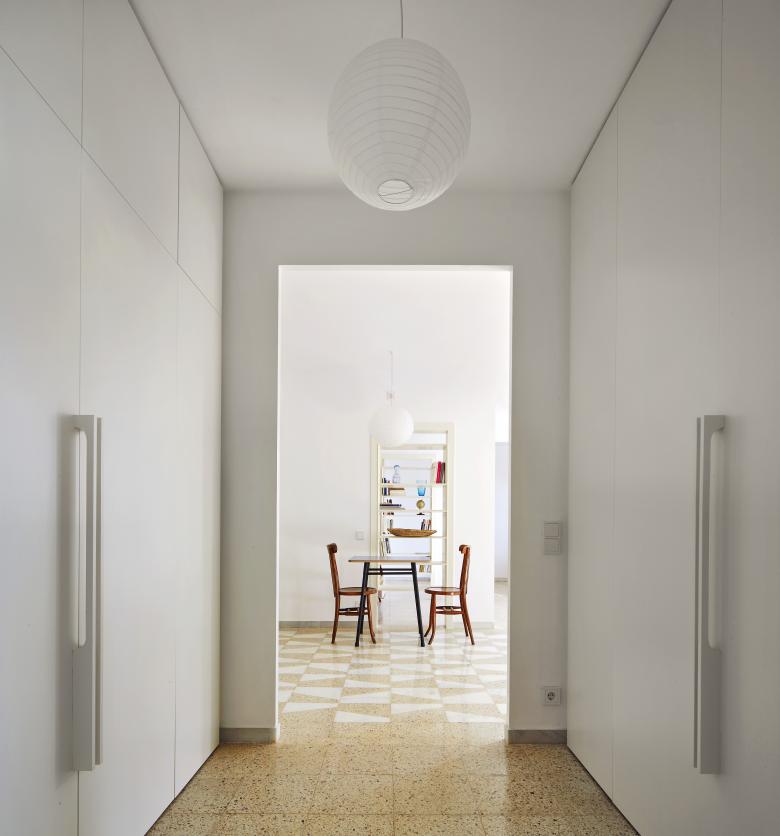 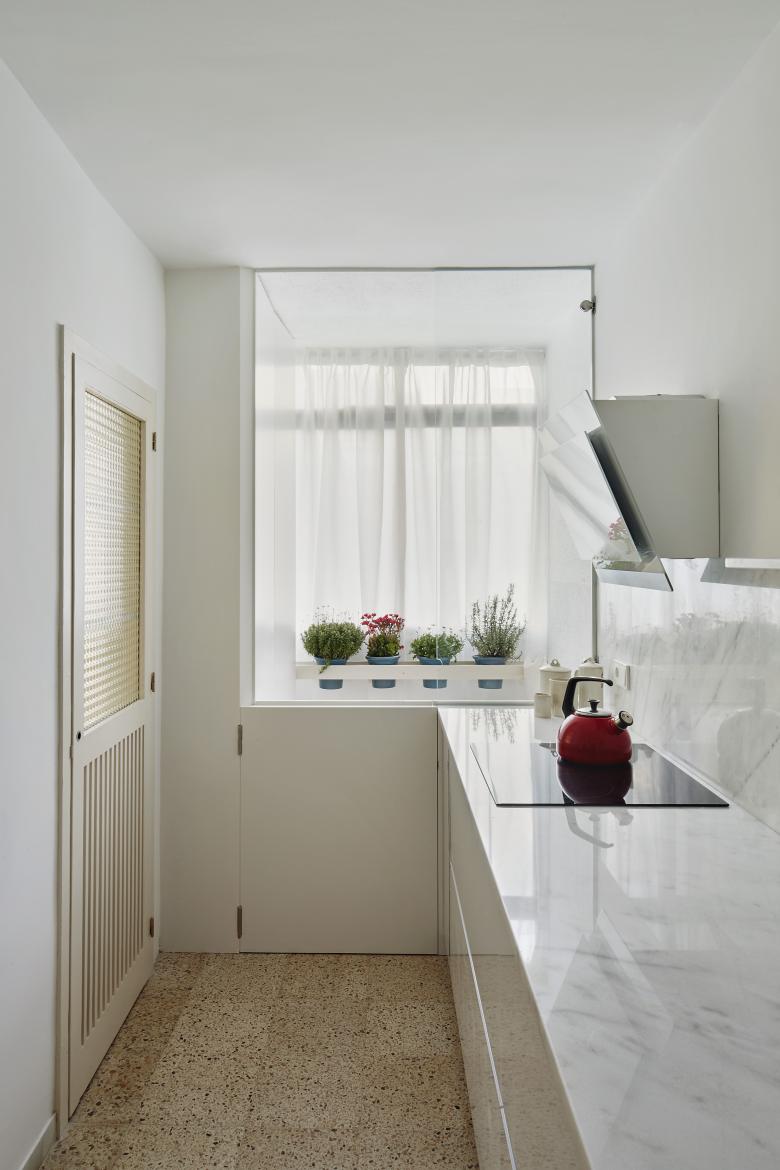 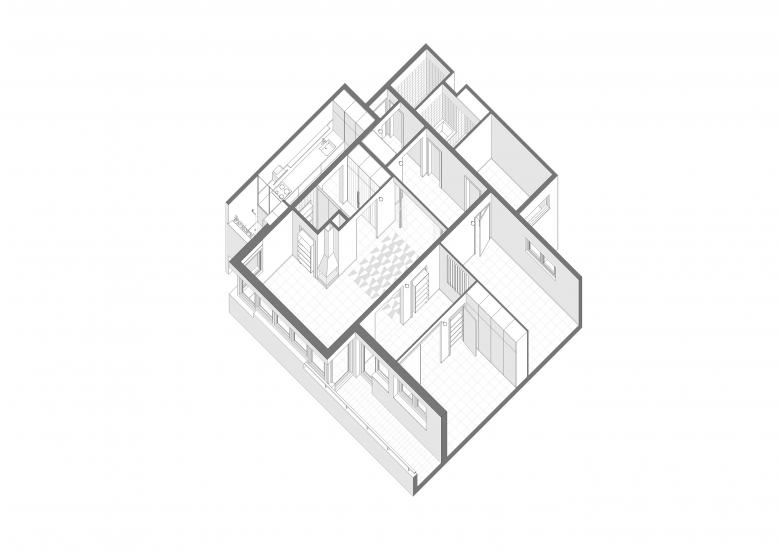 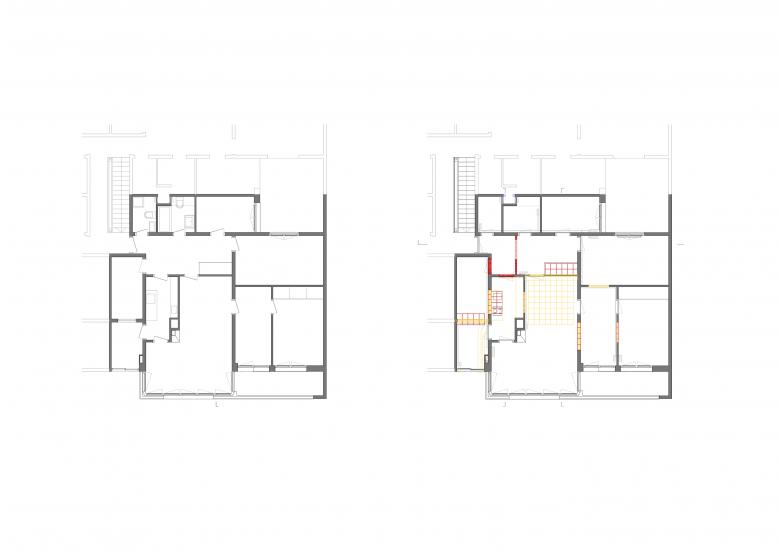 Six new openings cut through the load-bearing walls, modifying the layout of the home, guided by the building's structural logic. Reorganising the rooms to favour the entry of natural light towards the innermost rooms and improving their spatial qualities. The new visual hubs created destructure the relationships between the rooms, making them more diaphanous and permeable, while also accentuating their continuity through the new diaphragms. This frames and dignifies each of the home's daily scenes: cooking, eating, sleeping and living.

The rooms in which these activities take place are handled uniquely, introducing new features that improve and qualify their use. Thus, the dining area is defined by marble mosaic flooring and a backdrop of thin columns and curtains that filter the view from the entryway. The kitchen is rationalised and opens to the outside via a small balcony. The living room occupies the space with the glazed bay window, enjoying the fireplace as a visual centrepiece.

The remodelling wants to add, recognising the features that shaped the former layout, not denying or eliminating them, but instead appropriating them, reusing what's there to integrate these features once again into the new and highlight their value. Thus, the obsolete doorways, now classified as furnishings, take on new life as shelving, bookshelves and cupboards for cleaning products. The doors become windows and shutters.