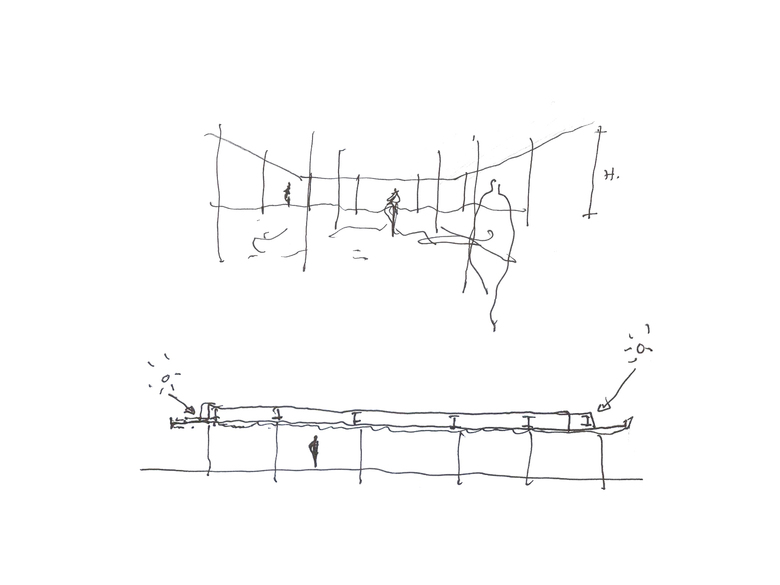 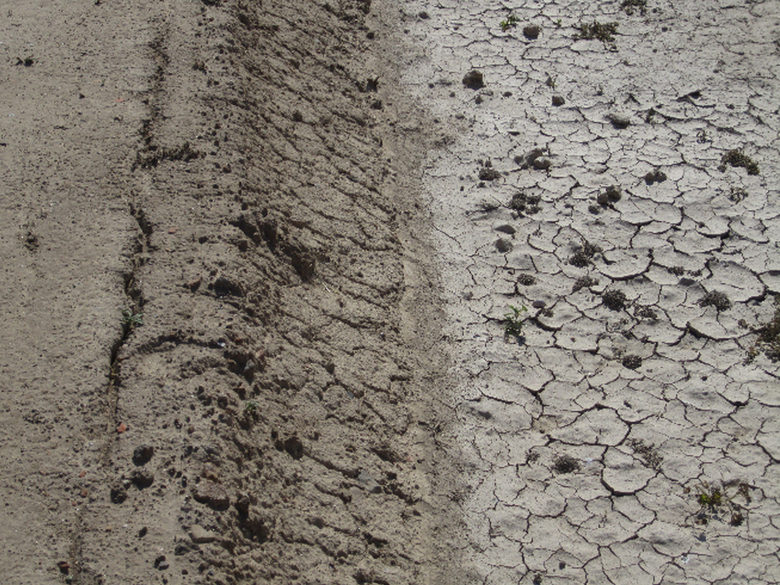 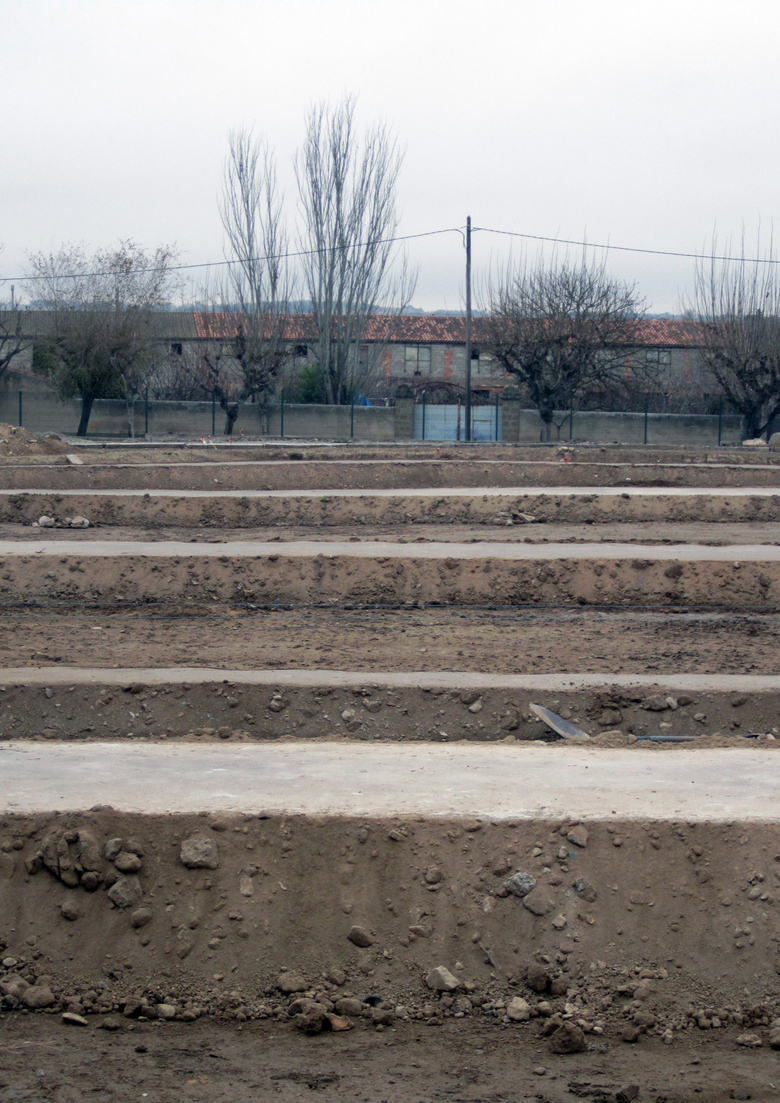 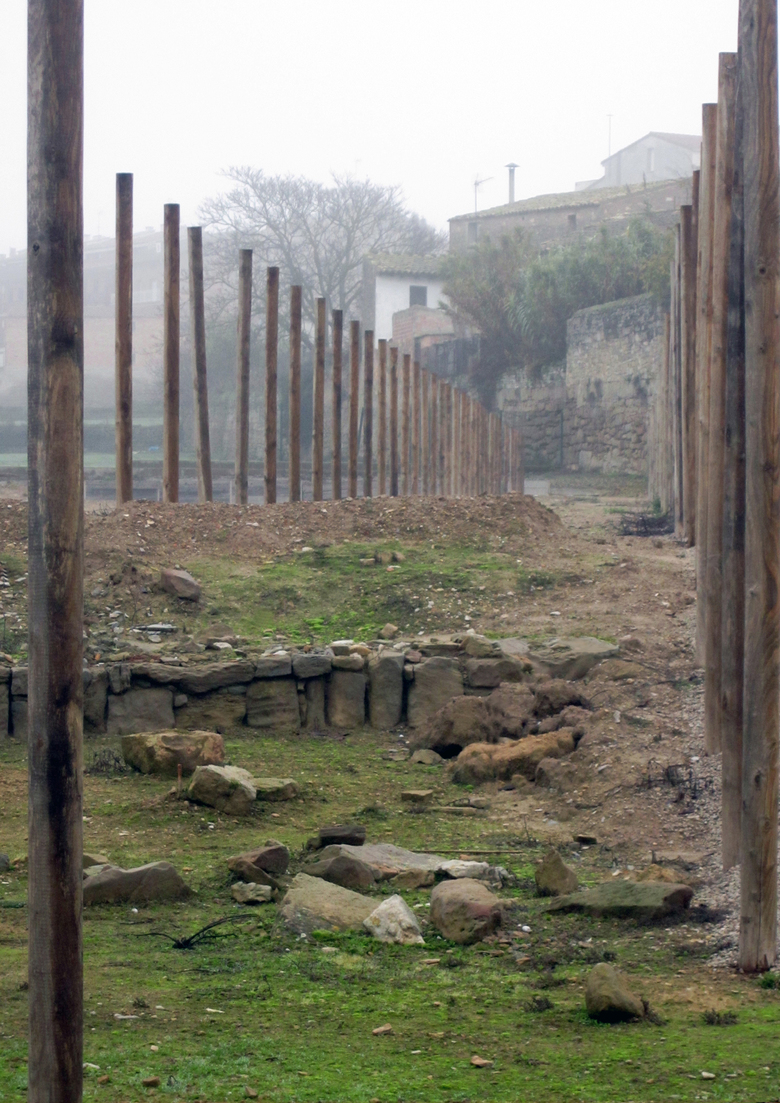 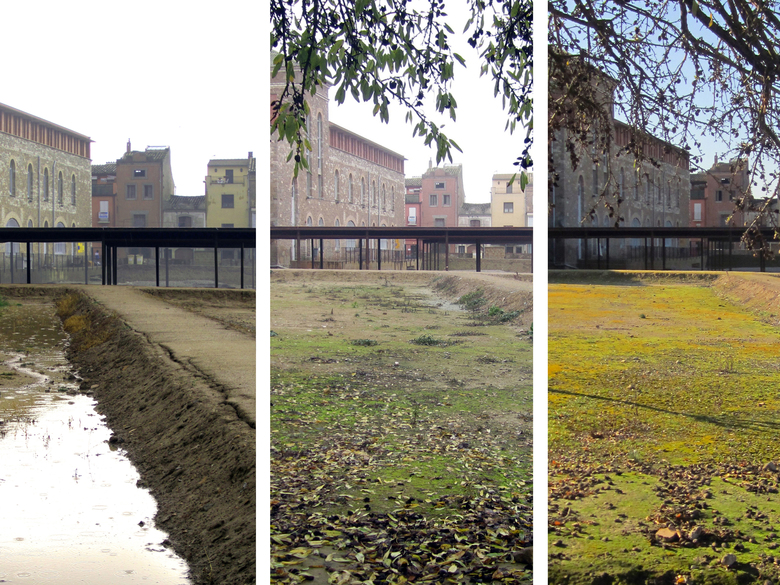 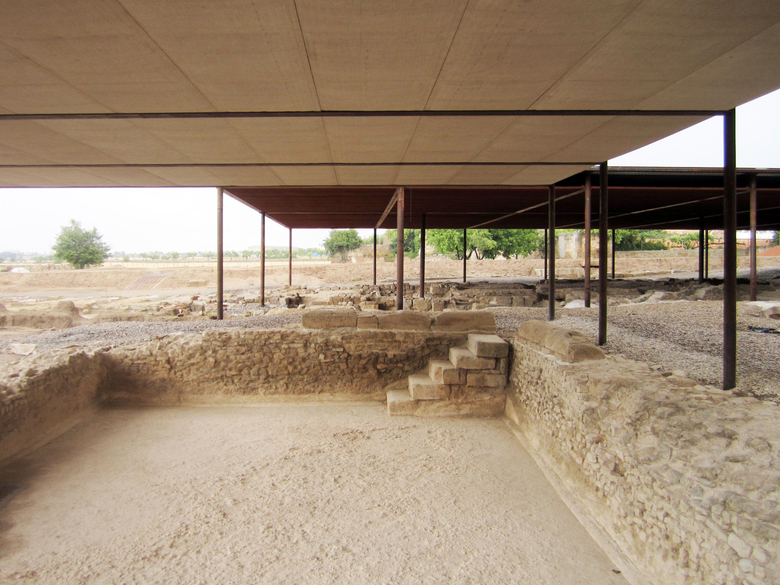 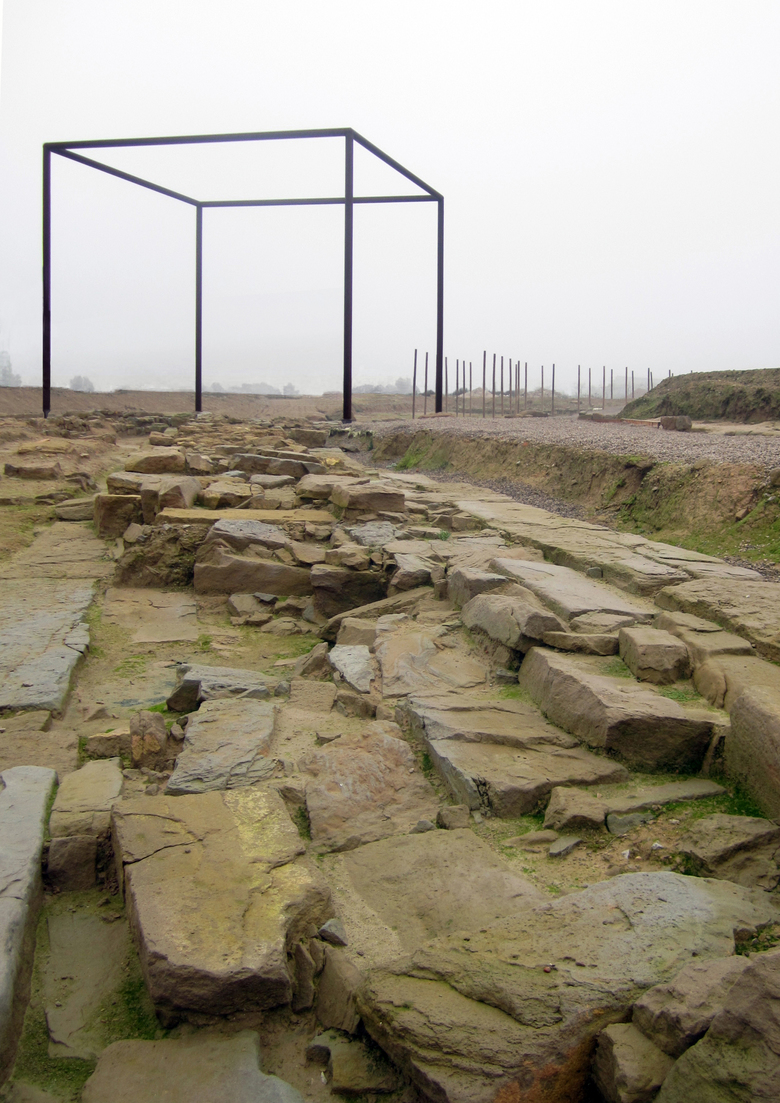 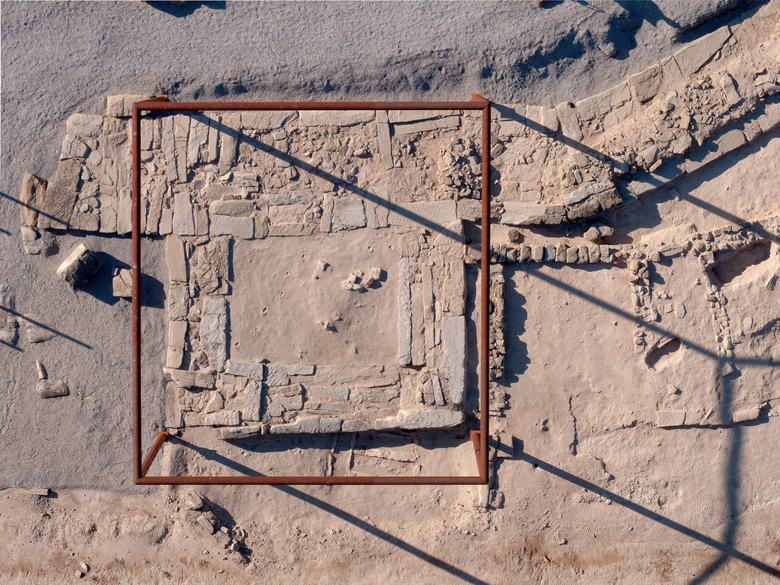 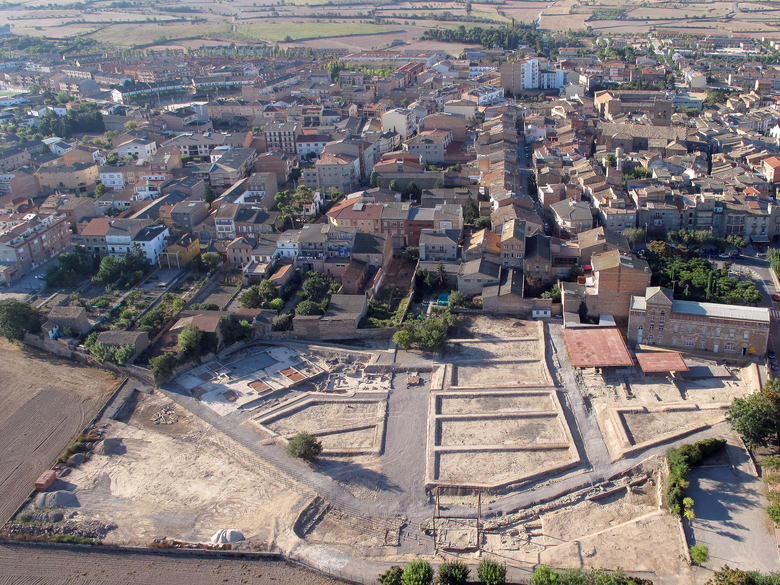 The antient Roman city of Iesso, founded in the year 100 BC, was found in the subsoil of the modern town of Guissona, occupying a surface space of some 20 ha in the farming landscape of the Segarra. The earth piled up by the archaeologists as a result of their excavations are reused as lamination surfaces containing any possible rainwater runoffs while dimensioning and connecting the old urban streets and structures that emerge from the 2-ha site. Other specific elements such as the rows of chestnut wood masts that dot the sections of sacked ramparts, steel tubes that edge the volumetry of the north tower, or the two horitzontal planes on foundation micro-piles that protect the baths and natatio are the instruments that enhance the visible parts of the site... mesh driven into the ground to prevent slipping in the tough and frosty continental winter, planks to bridge any small unevenness or lines of ropes to place non-accessible areas off limits are some of the elements used that seek to maintain a certain coherence by understanding Iesso as a 21-st century archaeological site and not a rebuilt Roman city. The interpretation of the different elements has thus always been understood from the viewpoint of abstraction, using the typical materials of the archaeologist and the farmer in earthen fields that host the spontaneity of life while awaiting future archaeological campaigns.