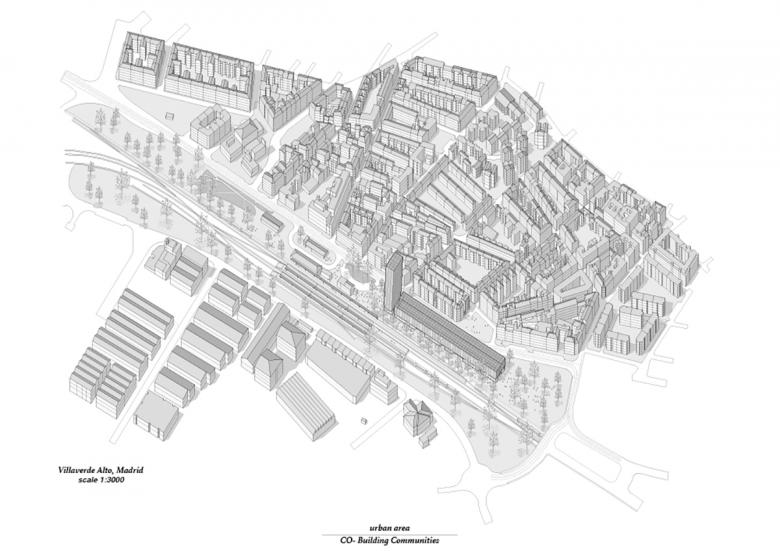 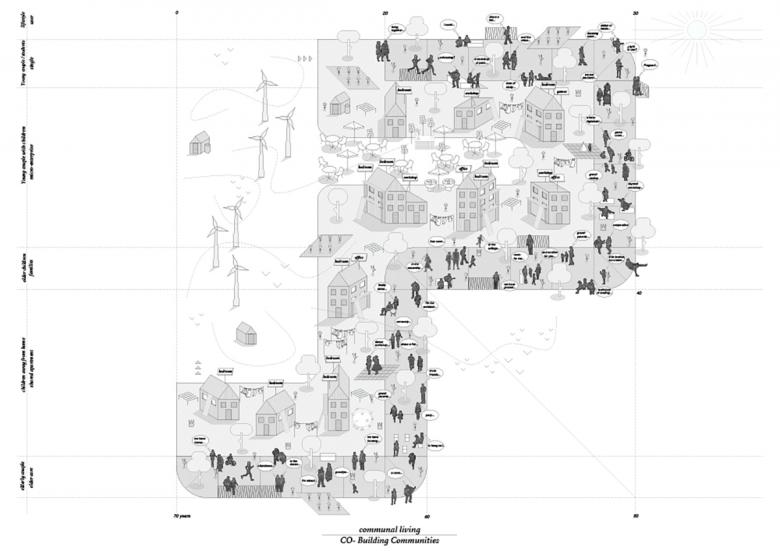 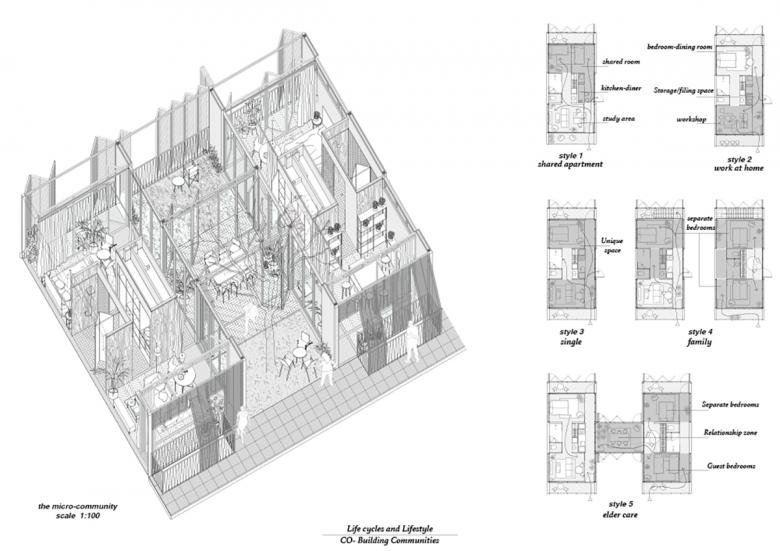 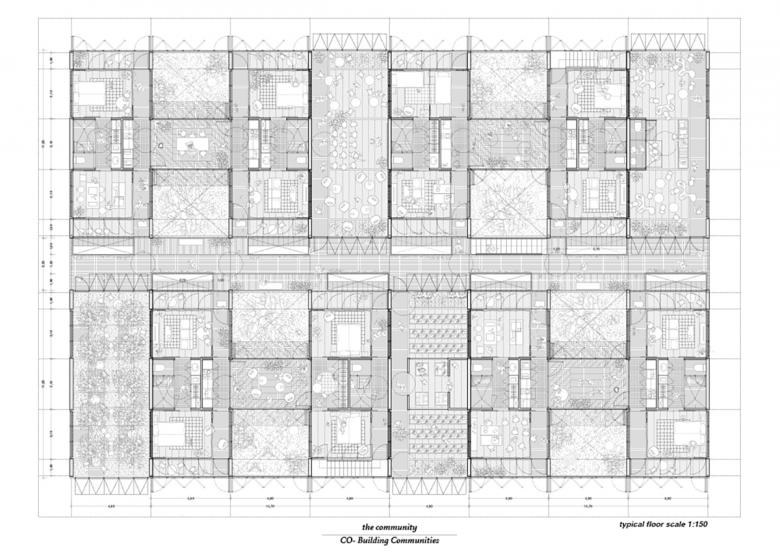 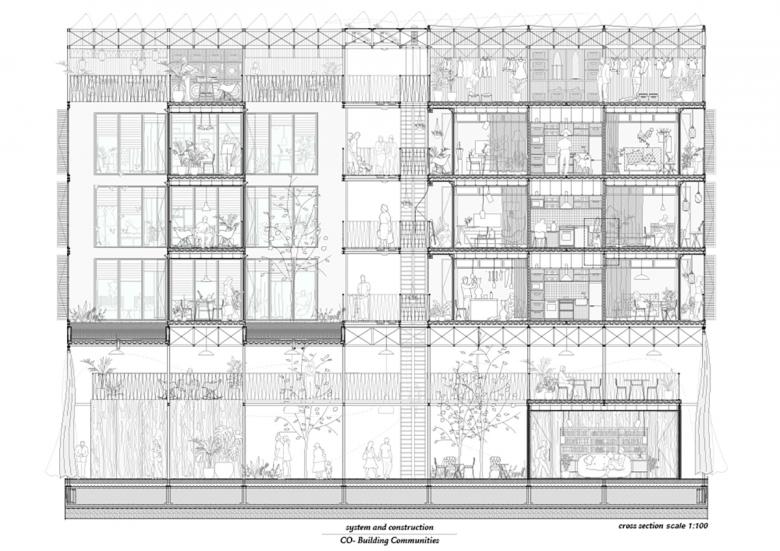 The project studies the new ways of living, understanding architecture as a catalyst of well-being for society. It is characterized by promoting a network of communities, which reinforces and manages intergenerational relations and coexistence. It addresses, from a spatial, constructive and urban point of view, this social reflection.

Access to decent housing is one of the main problems of our society. But it is the society itself above the administrations and against the trend of the market that is organized and decides to try new alternatives that help them to have their own home without mortgaging their lives. With the appearance of the new options of renting (the Share Houses, the Couchsurfing, or the Bedroomers) or those of buying, our needs of having a house are given of face with a standard model that does not adjust completely to the new times. New population profiles such as single-parent families, singles or the elderly make up a demand whose response is difficult due to the increasingly reduced purchasing power.

In order to build, we must reflect on the homes we live in today, on whether they respond to the needs and new lifestyles of the 21st century, lifestyles that have changed over time and housing has to adapt flexibly. The house is proposed as a continuous space delimited by two parallel permeable walls. Inside the living space is the core, which articulates the floor plan. This piece includes all the programmatic requirements of services and the disposition of facilities. Juxtaposed to this are the modules, which include watertight spaces, polyvalent in their use, which are delimited by a set formed by the galleries and terraces, which connect with the exterior. The outer skin is understood as a set of skins. A superposition of layers, which avoid complex mechanisms and are supported by the most Mediterranean traditional architecture. The glass, the shutter, the handrails and the blinds are combined in superimposition giving a great variety of possibilities to close or open to the outside. It is just another tool for the relationship between spaces. The communities are established through a set of concatenated spaces that are grouped together, and form a network of higher order, in a fractal way. Starting from what we can qualify as a Micro-community, which is composed of a minimum set of two houses. These micro-communities are grouped and related among others, and these in turn with others, until reaching the macro-community composed by a complex network of communities at different scales. It is on the roof, where the major order, the macro-community finds its place, as the crown of the building in a space that looks and relates to the city. In the same way that there is a relationship mechanism between housing units, relationship mechanisms are established between the different relationship spaces, bringing the community space to a higher order. This is achieved by implementing a series of courtyards for the micro scale and a series of devices for the macro scale, which are key to widen and extend the network of relations of the users with the neighborhood and the district.